Rathi, who served as director of the Financial Services Group at HM Treasury from 2009 to 2014, previously led the Treasury’s work on the UK’s EU and international financial services interests and is expected to take up the role in the Autumn.

The FCA has been led on an interim basis by Christopher Woolard since March, when Andrew Bailey left the chief executive post to become governor of the Bank of England.

FCA chairman, Charles Randell, said: “I warmly welcome Nikhil to the FCA. I look forward to working with him as he leads the FCA to deliver the next phase of its mission.

“Nikhil has been closely involved in guiding the FCA’s development through his roles on our Practitioner Panel and Markets Practitioner Panel, and brings both private sector management skills and experience of domestic and international regulatory policymaking.

“I would also like to thank Christopher Woolard for steering the FCA through its initial response to Covid-19 with great energy and skill.  He has been an exemplary leader in this very difficult period.” 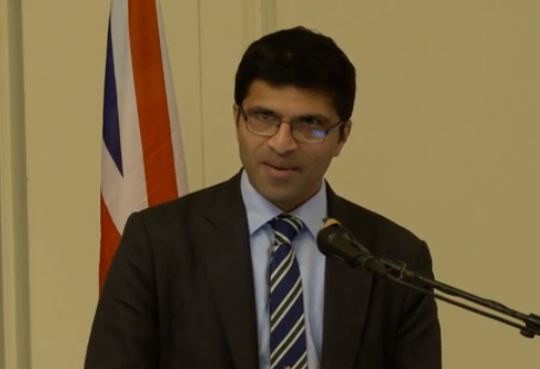 Rathi said: “I am honoured to be appointed chief executive of the Financial Conduct Authority.

“I look forward to building on the strong legacy of Andrew Bailey and the exceptional leadership of Christopher Woolard and the FCA Executive team during the crisis.

“FCA colleagues can be very proud of their achievements in supporting consumers and the economy in all parts of the UK in recent months.

“In the years ahead, we will create together an even more diverse organisation, supporting the recovery with a special focus on vulnerable consumers, embracing new technology, playing our part in tackling climate change, enforcing high standards and ensuring the UK is a thought leader in international regulatory discussions.”

Dealers urged to include FCA compliance in Coronavirus sales process

Dealers urged to include FCA compliance in Coronavirus sales process