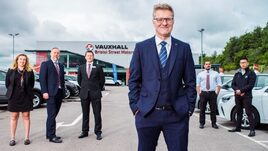 Vertu Motors chief executive Robert Forrester has revealed that he wore a 35-year-old wig worn by Benny Hill in Cagney and Lacey as part of his disguise for ITV’s Undercover Big Boss.

Forrester told This Morning hosts Eamonn Holmes and Ruth Langsford that, as well as growing a beard, and looking “scruffy”, he donned the comedian’s hair piece from the 1986 series in a bid to throw Bristol Street Motors employees off the scent. 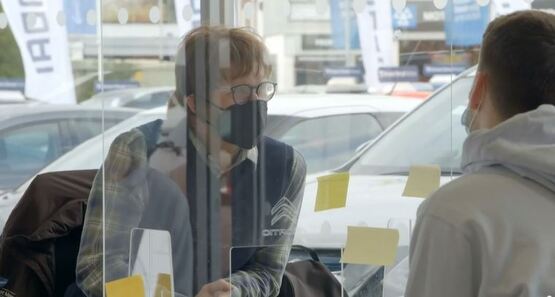 Speaking ahead of tonight’s (August 12) 9pm screening of his episode of the hit fly-on-the wall TV series, Forrester said that the show’s make-up artists “did a fantastic job” in creating his disguise.

He added: “I had a wig, which is quite famous because it’s Benny Hill’s wig from Cagney and Lacey, so it was quite nice to wear that.”

View the trailer for Undercover Big Boss by clicking here.

Forrester said that he had jumped at the chance to take part in the series in a bid to gain a view of his AM100 car retail PLC from the showroom and workshop floor after COVID-19 forced him to pause his usual visits.

The team from ITV gave Forester a back story, persuading staff at Bristol Street Motors that he was a history lecturer from Aberystwyth that had decided to “get out of the academic world and into business” as a result of the coronavirus pandemic.

However, in maintaining the act, Forrester was forced to pretend that he had no knowledge of cars or the sector which he works in seven-days-a-week and is a leading figure.

The result is televised footage of his failed attempts to sell a car.

“Everybody in the world now thinks I can’t sell cars and there’s an element of that, I’m not a natural salesperson.” Conceded Forrester.

Undercover Big Boss is often a catalyst for positive change in businesses after bosses gain insight on what it is like to work in different roles.

Forrester said that there were no shocks in store, but a two-hour board meeting was convened to consider changes that could be made to the business in light of his undercover findings.

After filming, AM reported how Forrester took to Twitter to share one recent improvement made to employees’ terms at Vertu Motors as a result of the experience.

He said the business’ maternity pay would be ramped-up to 90% of average earnings for six months – the same as Marks and Spencers.

Forrester said that the move was “part of our strategy for a better balance of men and women in the workforce”.