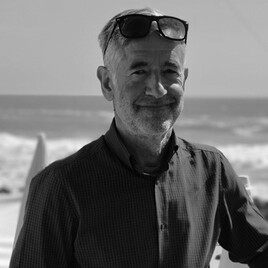 Pendragon has appointed former DFS chief executive Ian Filby as non-executive chairman as it sets out to deliver on its new, digitally-driven strategic priorities.

Filby, who is also currently the non-executive chairman of fashion and lifestyle brand Joules PLC, will chair the AM100 car retail group’s Nomination Committee and serve on its Remuneration Committee after officially taking up his new role on November 1.

The move sees Pendragon chief executive Bill Berman relinquish the role of executive chairman, which he has held on an interim basis since September 2019.

Filby brings 40 years of retail experience, a large proportion of which was spent with Alliance Boots.

Pendragons said that, in his last executive role, DFS increased its market leadership in both online and in physical stores.

Filby said: “I am hugely excited to have the opportunity to chair Pendragon PLC, particularly as the strategy launched in September 2020 begins to have a significant impact on the Company’s growth and prospects as it is implemented.

“I believe that my extensive retail experience will be of significant benefit to the Company and the Board as I work with the leadership team to lead Pendragon through the next stage of its development”.

Berman said: “We are delighted to have a new chairman with such an extensive grounding in the retail sector and, most importantly, in digital retail.

“I look forward to welcoming Ian into our business and drawing on his wealth of experience as we continue to deliver on the strategic priorities we set out last year.”

A trading update published via the London Stock Exchange revealed that it now expects to deliver an underlying pre-tax profit of approximately £70 million.

Pendragon’s current growth strategy, revealed in September last year, includes the rebranding and restructure its Car Store used car division while driving digital innovation in a new growth strategy to deliver an underlying profit before tax of £85m to £90m by 2025.

Pendragon closed 22 of its Car Store sites in the second half of 2019, but has previously spelled out plans for a new hub and spoke model which will incorporate eight propose-built £7.5m car supermarket sites designed to fulfil end-to-end digital sales and home delivery.

Berman told AM that the group was “committed to transforming automotive retail through digital innovation and operational excellence.”

Pendragon raises 2021 profit forecast thanks to 'strong' margins and demand

Pendragon raises 2021 profit forecast thanks to 'strong' margins and demand