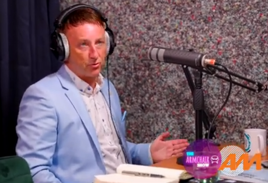 Cambria Automobiles marketing and CRM director Ian Godbold has revealed his intention to pursue a new role as a car retail marketing consultant after announcing his exit from the former PLC.

Godbold becomes the latest high-profile departure from the AM100 car retail group since it reverted to private ownership in October last year, and told AM “I’ve loved every second of my time at Cambria, but it’s time for a new challenge”.

He follows in the footsteps of former finance director James Mullins, who was appointed as the chief executive of cinch, and operations and business development director Chris Roberts, who will run his own Roberts Corporate Associates consultancy.

“I’ve developed and grown at Cambria,” Goldbold told AM. “When I started they had just acquired their first dealership and I was working as a consultant, so I’ve been there for the entire journey.

“We have done great work from a marketing and CRM point-of-view, developing the Engagement Pro system, but in many ways it has solved the group’s issues. We tweak the dials, but the system has made the job very straightforward.

The projects is complete and it’s time for me to take on a new challenge.”

Goldbold, who appeared alongside Hendy Group head of marketing Vicky Hart on a recent edition of the AM News Show podcast, was head of e-commerce at Dixons and Hartwells prior to joining Cambria.

He told AM that he now intends to take his expertise in used car marketing to other businesses on a consultancy basis, adding that the knowledge he has means that technology solutions can be “picked up and transferred” with ease.

“My aim is to increase car retailers’ return on investment and there are tried-and-tested ways to do that while improving visibility and engagement,” he said.

“From the conversations I’ve already had I’m confident that I’ll be busy. I’m looking forward to getting stuck in to a few new projects.”