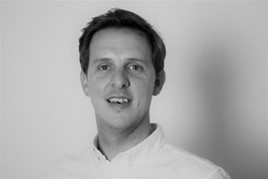 Motors.co.uk claims that a Google algorithm update has helped to propel its organic online traffic to a 30% surge in growth during August - claiming one of the best results by any UK-based website.

The Cox Automotive-owned online used car retail platform claims that it has delivered the impressive increase in online visibility after becoming a top beneficiary of a core Google algorithm update at the start of this month, with an accompanying 54% year-on-year rise in views of car dealer’s vehicle listing pages.

According to Motors.co.uk, analysis from visibility experts Sistrix received the second greatest increase in online visibility across all UK websites between August 3 and August 6.

Motors.co.uk head of digital marketing, Shane Horsfall, said: "The boost in visibility we have seen recently is a result of the significant investment that we have directed into our website over the past two years.

"Since rebuilding the site in 2016, we have continued to make improvements to the site infrastructure and technology enhancing page speeds and the experience for user journey - particularly for mobile users.

“These developments have transformed it into one of the fastest car search platforms available - helping our dealers connect with on-the-go in-market buyers.”

Horsfall said that car retailers could learn from Motors.co.uk’s experience by thinking hard about how the user journey on their website works for consumers.

He added: “Make sure it is quick, up-to-date and easy to use with the most meaningful content clearly set out.

"It is essential to deliver a rich experience across mobile, tablet and desktop. Google's algorithm cleverly identifies consumer frustrations, and a lack of investment in modern technologies, security standards and relevant content can affect website rankings.”

Google has become sophisticated at interpreting consumer behaviour and the spike in Motors.co.uk visibility follows extensive development over a sustained period to enhance the user experience on its website for in-market buyers on both mobile and desktop devices.

Motors.co.uk is now urging UK dealers to examine their own websites so they can also benefit from Google's algorithm update.

By adapting the user experience to match consumer needs - such as improving page speeds and offering meaningful automotive content - they can boost the online visibility of their dealerships.