Carwow is urging car retailers to “join their journey” by investing in the online car retail platform via a newly-launched crowdfunding scheme.

Following on from the announcement in August that Mercedes-Benz owner, Daimler, was leading a £25m funding round in order to further grow potential for the business and consolidate the firm’s ambitions as a scale-up success story, the crowdfunding initiative will be launched at the end of September.

To date, the business has raised £55 million from leading venture capital investors including Accel, Balderton, Episode 1 and Vitruvian and it said in a statement issued today (September 18) that its new funding streams would help to “deepen its presence in Europe by investing in talent, product development and marketing”.

Carwow founder and chief executive, James Hind, said: “Following the recent announcement of Daimler leading our latest round, we had a number of partner dealers asking us if they could invest too, so we decided why not open up investment to them and to our customers.

“They are at the heart of our business, so we are excited to be able to offer them the opportunity of a piece of carwow.”

Carwow’s crowdfunding initiative will see it offer its customers and partners a unique opportunity to own a stake in the business at the same valuation as the recent Daimler-lead investment round.

The funding will be carried out through Crowdcube, and customers and partners will be able to invest from as little as £10, with tiered options to gain access to exclusive shareholder rewards.

Luke Lang, co-founder and chief marketing officer of Crowdcube, said: “Carwow is an incredible business already and has huge potential to grow.

“The company has attracted deserved attention as it continues to level the playing field for the car industry. Its loyal and vast community underscore the belief its advocates have in the company’s ability to accelerate growth.”

Carwow claims that demand for its online new and nearly-new car retail portal has continued to grow in popularity since its launch in 2009.

It claims that over £5bn worth of cars have been bought through the site to-date, with one in every 20 new retail cars in the UK currently sold via the platform – representing 5% of the market.

The business is now live in Germany and Spain and also has plans for further new country launches, it said.

Carwow is facing increasing competition in the online automotive retail marketing space in 2019.

Earlier this month Cazoo followed up its recent UK recruitment drive with a further £25m raised in a new funding round, taking its total fund-raising effort to £55m before its launch later this year.

In July BCA entered the online vehicle marketing arena with the launch of its cinch consumer-facing online classified site.

Furthermore, last month saw the Daimler and Volkswagen-backed online used car retail marketplace Heycar launched in the UK, with a dealers stock of over 100,000 vehicles available for consumers to browse. 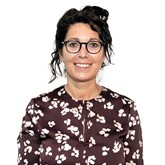