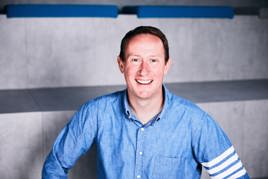 The two companies aggregated and analysed more than four million messages between carwow customers and dealers to identify the behaviours that lead to different sales outcomes.

As a result, carwow said it can offer tailored analysis and guidance to its dealer partners to help improve the customer experience, enhance efficiency in their sales processes, and improve their conversion rates.

John Veichmanis, chief operating officer at carwow, said: “Re:infer gives us clear insights into which conversations result in a purchase and which don’t.

“Given the huge volume of interactions that we are facilitating, we can generate hard, statistical evidence on what’s going on in these conversations and which are the most effective ways to handle them.

“We can tell our partners exactly which customer and dealer behaviours are most likely to drive positive outcomes.”

In a recent episode of the AM News Show carwow founder and chief executive James Hind explains how the online automotive marketplace remains a lead generator rather than an e-commerce platform.

Carwow said it used the analysis to recognise more than 100 distinct ‘intents’, as well as the responses from dealers that are most likely to lead to a conversion.

For example, when suggesting a car of an alternative colour to that specified by the prospective customer, providing photos or a video in the follow-up increases the probability of purchase by over 20%.

Carwow and Re:infer identified that for some retailers, follow-ups that are delivered within four hours and personalised in a certain way are twice as likely to lead to a conversion.

Carwow said it is working with Re:infer to expand and enrich the dataset, adding almost 145,000 new messages per month and anticipates it will be leveraging the information from more than five million messages from more than one million customer prospects by the end of the year.

Carwow’s account management team has also begun supporting individual dealer partners with the deployment of its AI solution to automatically assess the quality of their customer interactions and lead management processes.

The online business is expanding into new European territories and attracting new investment as it embarks on an “exciting and ambitious phase of growth” which includes an emphasis on becoming a source of new car stock and going head-to-head with Auto Trader as a source of used car sales leads.