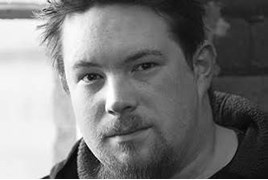 Mention virtual reality (VR) to most people today and they will probably assume you're talking about video games.

Increasingly though, we will start to see VR have an impact on the automotive industry.

Ford have already been integrating VR into their internal design processes for a number of years now and we are likely to see automotive manufacturers move to the forefront of bringing VR technology into the mainstream as they seek newer, more immersive ways to connect with ever-younger and more tech-savvy target consumers.

Even as early as 2014 we were already seeing the likes of Volvo make use of Google Cardboard to create its Volvo Reality VR test-drive for its redesigned XC90.

The app was a huge success for Volvo, allowing it to generate interest in the reinvented model months before the car was available in dealers, and generating 34,000 leads requesting to be the first to know when the XC90 would be made available for pre-order.

Google Cardboard, an inexpensive VR viewer utilising a folding cardboard template and a mobile phone, was an ideal platform here as it allowed Volvo to cheaply distribute VR-viewers to thousands of customers who weren't previously aware of the technology.

I’m sure we are going to see further innovations in the very near future.

With the Oculus Rift VR kit already available for pre-order, Samsung's Oculus-powered Gear VR in the wild and Sony's Playstation VR due for release this year; virtual reality is arriving in the mainstream in a big fashion, with major technology players backing it.

With VR moving to the living room, we're likely to see the automotive industry taking advantage of this powerful new technology to attract customers to their brands in exciting new ways.

For consumer engagement and buzz-generation, VR allows consumers to be virtually present at new model announcements, such as those at the Geneva Motor Show this past week, from the comfort of their own living rooms.

It allows luxury and sports vehicle manufacturers to get more people, who would never have the opportunity to actually drive one of their vehicles to experience their product.

For consumers, it takes the "car-lust" experience from gazing at pictures and watching videos, to being able to virtually experience what it might be like to own their dream car.

The scope of virtual reality to change the way consumers connect with automotive brands doesn't stop there, though.

Just as high-resolution images and video have been integrated into the online-configuration experience, so too can VR.

Virtual reality technology facilitates a much greater degree of realism, allowing the user to really (or rather "virtually") get up-close and personal with the car they are configuring. Consumers will be able to experience both the impact of their design choices like having different seats in the car, or being in different environments and situations that they just wouldn't be able to do otherwise.

Clearly there is still a need for real-world test drives. But being able to virtually test drive a car that you have built to your exact specification, complete with realistic lighting and environments, would constitute such a leap forward in customer experience that it could fundamentally change the automotive business forever.

Whilst virtual reality isn't in the mainstream public eye just yet, when you have backing from the likes of Google, Sony and Facebook it isn't going to be long before there are a great many households that have at least one VR device.

At that point, VR will transform from being an interesting gimmick or experiment used by a few brave companies willing to test the water, to a new giant in user experience which companies will be scrambling to harness.

Technologies like this don't sit with the early-adopters for long: VR is coming to the mainstream and its impact upon the automotive industry will be seismic.