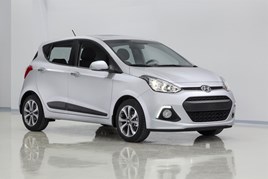 Korean product dominated the rankings of Auto Traders fastest selling cars during March, with the Hyundai i10 topping the table and four Kia models featuring in the top ten.

> Fastest selling cars in your area

Kia’s 2014 Sportage(petrol manual) and the 2014 Nissan Micra (petrol automatic) followed the i10 in second and third place, both taking an average of just 15 days to turn. 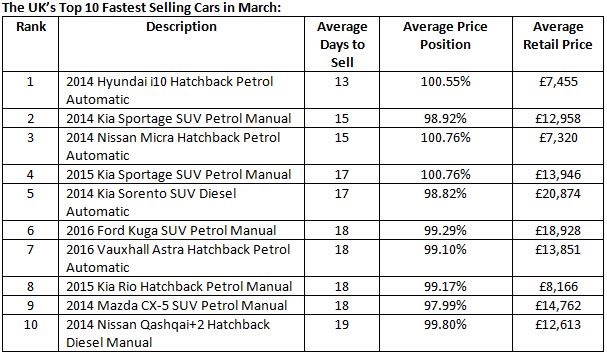 Karolina Edwards-Smajda, Auto Trader Retailer & Consumer Products Director, said: “It’s not surprising to see Kia dominate the used car market. The Sportage has been extremely popular, and the seven year warranty means that even a 2014 model still has four years left, which is an extra level of peace of mind that most other manufactures just can’t compete with.”

Paul Philpott, president and chief executive of Kia Motors (UK) Limited, said: “This is excellent news from Auto Trader and continues the success they reported for Sportage last year.

“We know that our 188 dealers nationwide are keen to get their hands on quality used Kias and clearly the same goes across the Used Car business generally.

“As we get ready to report a record first quarter for new cars this news shows that the motoring public’s demand for Kia products – new and used – just keeps getting stronger.”

Hatchbacks were by far the most popular body type during March, taking first place in 11 of the 13 regions, in addition to the national top 10. 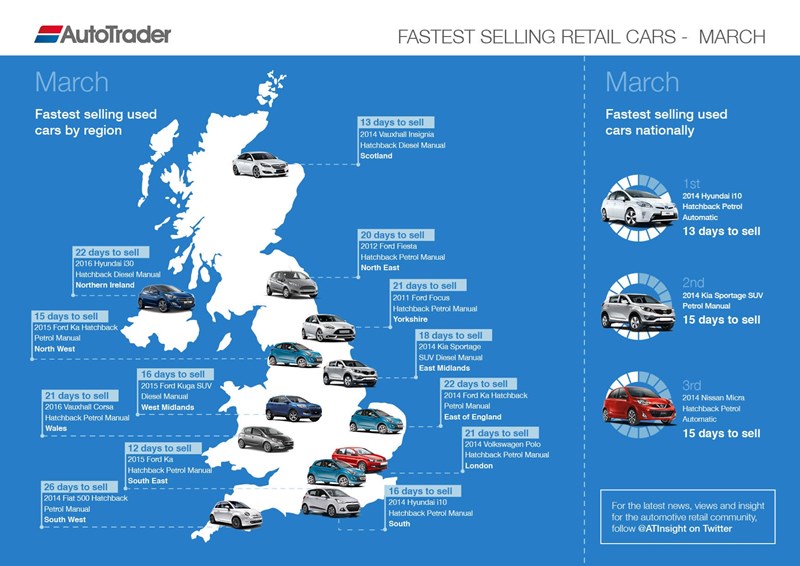 Edwards-Smajda  said: “The high speed of sale which we’ve seen across our national list is very reassuring, but looking across the regions there are some top 10 listed cars spending over 40 days on the forecourt.

“The most effective way to turn cars more quickly, is using data to complement sales experience; pricing according to the live retail market, as well as stocking the cars that are most desirable within your region.”