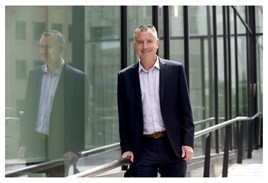 Used car prices have continued to decline during June as a “realignment of values” impacts all vehicle sectors, according to Cap HPI.

The car valuations specialist said that average used values had fallen by 2% so far this month – at the three-year, 60,000-mile point – following declines of 2.3% in April and 3.1% in May.

“In effect, prices have been dropping for nine consecutive months now, with the last seven months experiencing heavier drops than in the corresponding month a year previous,” said Derren Martin, Cap HPI’s head of UK valuations.

Upper medium cars dropped by 2.2% in value during June, Cap HPI reported, as convertibles failed to see the seasonal uplifts usually experienced in the spring and early summer months.

It reported that previous high prices, a slightly subdued retail and wholesale market, along with reasonably high stock levels in the used market overall, as the main factors pushing down values.

Martin said: “While this could be viewed as a continued weakness, the average drop in June over the last five years is 1.1%.

“We see it as a sign of stabilisation after at least two turbulent months for prices.

“Prices have been under pressure, with a reluctance by buyers to pay more, as they generally cannot pass these increases onto the consumer.”

Some used car models did manage to buck the declining value trend where demand has outweighed supply.

The "extended range" Vauxhall Ampera and Chevrolet Volt alternative fuel vehicles (AFVs) delivered an increase in values, with these cars now at good value price-points and benefitting from a surge in electric vehicle (EV) acceptance.

However, price rises were not uniform across the whole electric vehicle sector, Cap HPI said.

Average diesel car values dropped by more than petrol ones once again, and while the difference in value drops are not dramatic, it is a trend that has occurred in every month of 2019.

Petrol hybrids dropped in price by less than the average, and their popularity is on the increase.

Martin said: "Overall, we do not expect anything untoward to happen to prices in the next few weeks or months. In the short-term, values will likely drop further, but generally in line with July of previous years and not to the degree they have done in the last three months.

“As was illustrated by the examples given, and there are many more models that did not drop at the same rate as the average, it is vitally important to keep a close eye on Live values.

Cap HPI valuations are based off real-time wholesale transactional prices in the market and react to changes as they happen, being reviewed by experienced editors.

“These trade prices are corroborated by also analysing retail data, although it is clear that at times when the market is as volatile as it has been, advertised prices do not move anywhere near as quickly."