Guest opinion: With record sales up for grabs can you afford not to capture every call? 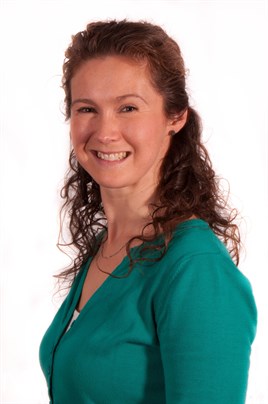 After a record half year in the registrations of new cars in the UK market and sales continuing to rise month on month, expectations are high across the industry as the new 65 plate hits the showrooms.

Yet, with the buying decision revolving around far more than just the car itself, the dealers making the most hay while the sun shines are those delivering the best all-round customer experience.

There appears to be a split in customer behaviour between those who have carefully researched brands online, approaching their purchase with a reasonable degree of certainty as to which to choose, and those who are undecided as they set about their showroom-hopping journey.

In both cases, there’s still plenty of work to do in terms of converting the sale over the line and it’s remarkably easy to make a mistake and drop the ball, with telephone answering an often underestimated vital cog in the buying wheel. Let me share an example.

Earlier this year, one of my colleagues here at Moneypenny was in the market for a new car.

After a good deal of online browsing she had her heart set on a particular make and model and excitedly called the local dealer to arrange a test drive.

She left three messages – no call-back.

What did she do?

In her annoyance at the `total disregard’ for her value as a customer , she trotted off to another dealer down the road and bought a completely different brand new car, one that hadn’t even been on her original radar.

Within the automotive industry, while things are improving, there are still far too many calls going unanswered or diverting to unwelcome answering machines, with survey after survey highlighting this issue as a customer gripe.

There is absolutely no point spending money on fancy advertising and promotion if leads are lost through a failure to deliver when the telephone rings.

Answering every call successfully during opening hours within a busy dealership can be difficult, with front-of-house demands, fluctuations in call volumes and staff either engaged or unavailable.

With unequal value placed on in-person callers and those preferring to make an approach by telephone, too often calls are lost as they ring out frustratingly in the background.

The issue is compounded by the changing demands of customers who expect a response out of hours, at a time to suit their lifestyle.

With this in mind, increasingly dealerships, manufacturers and other businesses across the sector are engaging outsourced telephone answering support over extended hours or around the clock, to ensure they never miss a call and capture every business opportunity.

With phone lines set to be busy with sales in September and in the run up to Christmas and a single call potentially worth many thousands of pounds, there’s absolutely no room for complacency.

Let’s not forget though that business success is about the long-game, so while chasing sales, the pressure is on to maintain high standards in service delivery to existing customers requiring `bread and butter’ service and parts support.

With an outsourced partner in the background picking up every unanswered call, the service is seamless.

Callers have no idea their call is not being answered in-house, while staff can relax knowing every opportunity is being captured and they can take their time when they’re busy dealing with the job in hand.

When we first start to work with an automotive client we run a trial which highlights how many calls are being dropped.

The results can be staggering and in virtually every case come as quite a shock, with calls numbers running usually into the hundreds, and in some cases thousands, across dealer networks.

A well-known legal commentator Professor Ian Cooper, talks frequently about the `lost millions’ in terms of law firms losing huge amounts of business they should be winning due to missed calls and inefficiencies in call handling.

It’s a message the automotive sector can learn from too.

He states that “the art of converting your telephone enquiries into profitable business is the quickest, cheapest and most guaranteed way of generating additional revenue and profit”.

Legal is our largest client sector with almost 1,000 UK firms recognising the benefits an outsourced partner brings. With the same reality now permeating into automotive, the sector may not be far behind.

Author: Joanne McKeown, automotive business development manager at telephone answering specialist Moneypenny has 17 years’ automotive experience in customer service improvement and retention. Prior to heading up Moneypenny’s automotive sector, she spent 10 years at Ford, followed by a number of years running her own automotive business.