Peugeot 5008: the lion keeps pace (and seven seats) in switch from MPV to SUV (gallery) 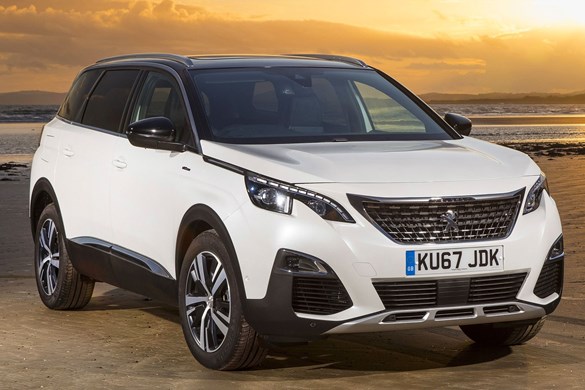 Peugeot has middle-class families in its sights as it launches the 5008, the largest SUV in its range. The addition in January, which follows successful launches of the 3008 and facelifted 2008 in 2017, replaces the now off-trend MPV that bore the 5008 nameplate from 2009 until last year.

While sensible, boxy people-carriers are being widely abandoned in the rush to get behind the wheel of a 4x4-alike, Peugeot has done well to ensure the 5008 SUV is still available with seven seats and bags of space. For that, buyers can thank not only the size of the car, but the clever design of the seats. The rearmost row, for example, can fold down into the floor to give a generous amount of boot space. However, Peugeot has designed them to be completely removable too, providing buyers can manage their 11kg weight, creating yet more room for luggage if needed.

Customers can also fold the second row of seats and the front passenger seat to carry loads up to 3.2 metres long. In-car storage is excellent and even with all seats in place there’s enough room in the boot for a few bags of shopping.

At 4.6 metres long, the 5008 will feel more compact to manoeuvre for customers trading in a full-size MPV such as the Ford S-Max or Vauxhall Zafira. However, it is a large car, and the standard rear parking sensors are a necessity, while the 360-degree camera ‘visio park’ option is certainly worth demonstrating to prospects.

Peugeot wants drivers to feel cosseted and premium, so the 5008 has the latest version of what it calls ‘i-cockpit’, including a small steering wheel, an eight-inch touch screen and a 12.3-inch digital instrument panel that owners can customise and configure. Top-end models have

adjustable interior lighting and massage functions within the seats. The 5008 can even diffuse a range of exclusive fragrances with very pretentious names, which could lead owners to request a top-up of ‘cosmic cuir’ or ‘aerodrive’ when they book the 5008’s annual service.

The range starts with Active, which includes dual-zone climate control, automatic lights and wipers and a leather steering wheel. Allure adds TomTom navigation, SOS telematics, front parking sensors and reversing camera, more safety systems and child-friendly tray tables and window blinds. Customers wanting more can choose between two high-end models: the GT Line and the GT. Both are distinguished from the mainstream cars by styling details such as a chequered front grille, contrasting door mirrors, twin exhausts and neat approach lights hidden in the door mirrors that shine Peugeot’s lion emblem on the floor. The GT adds more luxuries, such as a motorised tailgate that opens and closes when activated by a foot motion sensor, plus keyless entry and start.

Buyers of the 5008 won’t go off-road, except perhaps onto a grass car park or campsite, so all-wheel drive is not on offer. However, certain models can specify the optional advanced grip control system (£470) with hill descent control. Helped by 18in mud and snow tyres, this allows the driver to select modes for snow, mud,  or sand using a dial on the centre console.

The engine line-up includes a 1.6-litre diesel (100PS or 120PS formats), and two petrols: 1.2-litre (130PS) and 1.6-litre (165PS). A 2.0-litre diesel (180PS) with eight-speed automatic transmission is exclusive to the top-of-the-range GT version. All are front-wheel drive, which helps to keep the CO2 emissions and fuel efficiency of this sizeable vehicle to reasonable levels (between 108 and 133g/km). This is critical as Peugeot UK expects about 44% of sales to be in the fleet market.

Peugeot has thrown everything at the 5008 because it aspires to move the brand upmarket. In reality, it is simply keeping pace in the mainstream, as true premium brands eat its lunch, and it is unlikely to make the mighty German trio tremble. That aside, the 5008 is a very compelling proposition and shows that seven-seat SUVs can look impressive. 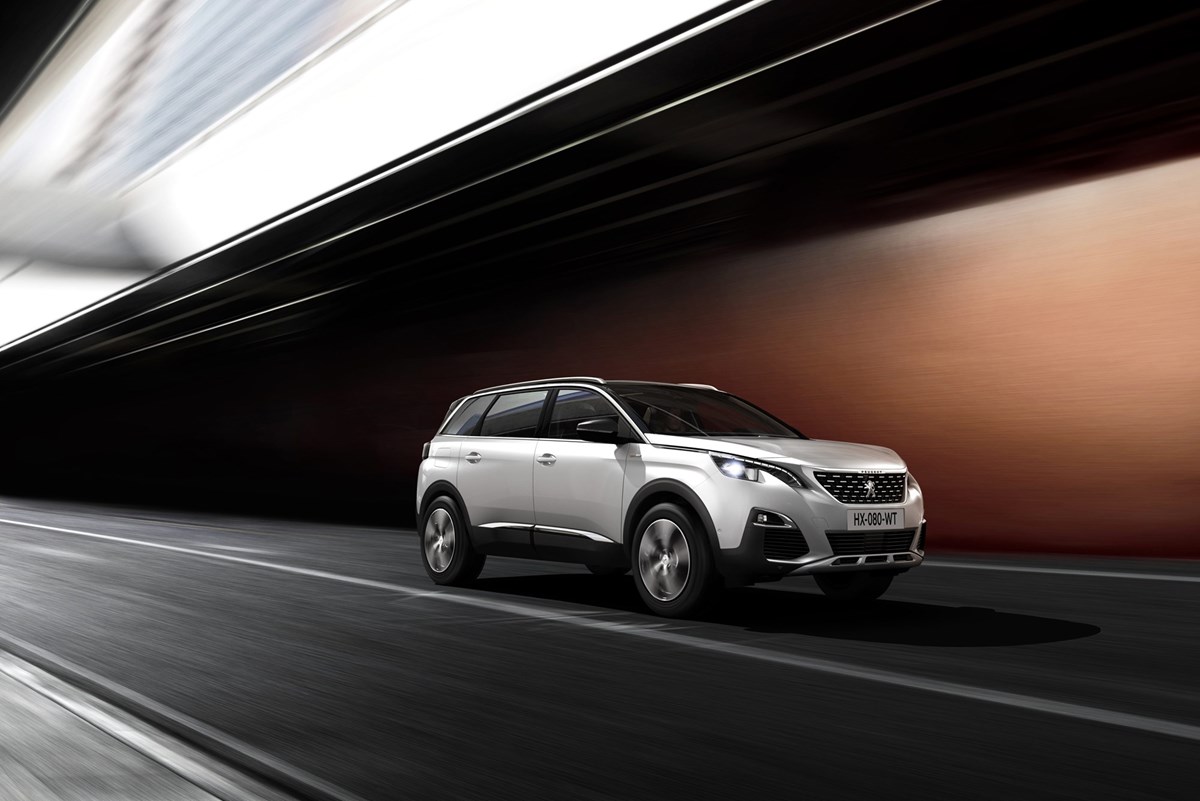 How have you built up to the launch of this SUV?

To raise our profile, we started an SUV marketing campaign on October 9, which focused on the SUV range of the 2008, 3008 and the first glimpse of the 5008. We held the UK press event in late September, so people will have read about the car, then dealer training and preview events within dealerships for the early ‘hand-raisers’, for example people who thought the 3008 was a bit too small for them. Then our full TV campaign started around Christmas.

We try to pigeon-hole cars into demographics – we are saying mid-30s and families – but to be honest, it’s so diverse, from active people to disabled people and elderly people, because it’s easy to get in and out of. We’ve seen from the 3008 that it can pull in people from every

demographic. I can see slightly younger buyers coming into the new 5008 than the old car, which was traditionally favoured by a more mature customer, families and was also popular with Motability because of its ease of access and height-adjustable seats. While we expect to do well with Motability with this new car too, we are more focused on retail sales, with PCPs based on a strong RV (launch offers included a £318-a-month representative example, based on 5.9% APR, for the 1.2-litre petrol Active model).

What sales volume do you expect?

We have written in 5,500 units for our 2018 plan. The outgoing car was doing about 2,000 units in its last year, and 20,000 over its seven-year run, but we have high hopes for this car because it appeals to more people. It is a bit of an unknown entity, however, because you could also walk a customer out of a 3008 into a new 5008 very comfortably.

What have you learned from the early success of the 3008?

What will be the best-selling 5008 combination overall?

We expect it to be the 1.2-litre petrol Puretech 130 manual in Allure trim. Allure has a very comprehensive spec, with class-leading driver assistance systems, all of which are chargeable options on equivalent competitors’ cars, so I see this as a bit of a sweet spot.