Is your business ready for a tech revolution? 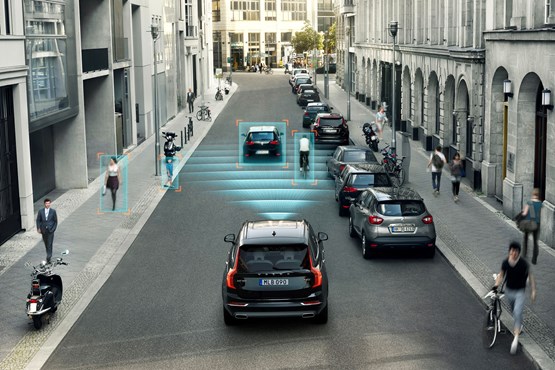 The automotive industry never stops innovating to offer customers the latest thing. From powertrain, plug-ins and packaging to comfort, connectivity and crash avoidance, the quest is constant.

While that’s great news for the end user, what does it mean for the franchised dealer, both in terms of sales and aftersales? Cars that don’t hit each other are great for road safety, but not ideal if you have expensive bodyshop equipment lying idle.

That concern is a real one for dealers. Figures from Trend Tracker suggest that between 2001 and 2014, the market value of car body repairs fell by 37% and the number of repairs by 27%. The reason is obvious: Department for Transport statistics show a 40% fall in reported accidents between 2001 and 2013. Again, it’s easy to explain – more safety features, such as anti-lock brakes (mandatory since 2007) are fitted as standard.

Much of what is around the corner will have limited impact on the sales network. Technologies such as hand-gesture recognition to control in-car systems and augmented reality windscreens that highlight hazards won’t affect the retailer’s bottom line. Neither will biometric monitoring to determine if someone is fit to drive. Laser headlights – now offered on top-end models by Audi and BMW – are another example. All of these technologies reinforce the idea that car maintenance is less than ever a job involving spanners.

“As the technology in vehicles becomes more and more complex, people in the workshops are less ‘mechanics’ and more diagnostic technicians”
Stephen Latham, head of operations, NFDA

“We’re already finding that as the technology in vehicles becomes more and more complex, people in the workshops are less ‘mechanics’ and more diagnostic technicians,” said Stephen Latham, head of operations at the National Franchised Dealers Association (NFDA).

“They’re not so much tuning like they used to, but checking systems are working correctly.” However, Latham said being able to check accurately requires training.

“We are already seeing moves to get more highly qualified technicians who can take this work on. There will have to be greater dealer investment in training to get their technicians to the right level.”

What of the future? With 30+ mainstream vehicle manufacturers and a host of technology partners all taking slightly different routes to the same crash-free destination, the impact on dealers can be very brand-specific.

At the heart of developments are two related communications systems, usually referred to as Vehicle-to-Vehicle (V2V) and Vehicle-to-Infrastructure (V2I). The former is about cars talking to each other when they’re on the road. For example, Ford has revealed a prototype system called Early Warning Brake Light, which alerts drivers to what’s going on down the road. If Car A has made a last-minute decision to turn, Car B behind slows rapidly, but also automatically tells Cars C and D further back. For those two drivers, it could be a visual alert or an audible alarm.

Rival manufacturers are known to be working on similar technologies. Several years ago, Vauxhall demonstrated a V2V system that would alert drivers approaching a crossroads that other vehicles were doing the same from different directions.

V2I is about cars constantly communicating with a network of data-gathering roadside sensors. They would instantaneously pass live information about traffic flow, vehicle incidents or weather to other road-users, re-routing them if necessary to keep everyone moving.

Malcolm Tagg is director-general of the Vehicle Builders and Repairers Association, which represents independent bodyshops. He believes such innovations will affect the industry, but the change will take a long time.

“The brand new car might avoid the car in front, but that doesn’t prevent the older one behind from ploughing into the back.”

With greater electrification of the powertrain now seemingly inevitable, catering for electric vehicles (EVs) is an area where dealers have to adapt their behaviour and provision, believes Erik Fairbairn, founder of charging point manufacturer POD Point.

“There’s a different sales process to be explained, but that’s a good opportunity to have a wider and stronger relationship between sales staff and customers,” said Fairbairn.

“The flipside is an EV is a less complex machine, so potentially service revenue might be lower. Like many things, there’s a yin and a yang to it, and it’s ensuring dealers understand that their role has changed.”

Not surprisingly, he advocates more charge points on forecourts, saying customers expect their cars to be fully charged when they pick them up for the first time. He says it’s part of the dealer’s responsibility to show the customer how to use the charging infrastructure.

Fairbairn also believes non-EV-selling retailers should have charge points, to cater for EV-driving customers who may be visiting.

“A dealership is the same as an any other destination where you could spend an hour, so there’s benefit to doing it. EV drivers will expect it anywhere they’re leaving their car.”

Neil Addley, managing director of used car website Trusted Dealers, said it was highly likely the generation of cars after the next one would be EVs.

“Someone will still need to demonstrate, distribute and fix them when they go wrong. As long as consumers want to buy brands and dealers deliver good service, the retail motor industry will continue to thrive.”

Communication between car and dealer is another fast-growing area, placing the car as just another part of the so-called ‘internet of things’. However, with appropriate usage, it can help service staff exceed expectations and increase levels of satisfaction and retention.

For example, BMW TeleServices is now standard across the carmaker’s range, making it possible to automatically transmit information regarding servicing requirements directly to a dealer. It means that instead of waiting for the customer to arrive at the dealership with the vehicle, the garage knows exactly what work needs to be carried out. It means the service adviser can accurately plan workshop loading and order all necessary spares in advance. Such communication will become the norm in years to come.

A BMW spokeswoman said technology was also allowing dealers to sell new services to customers: “For example, now that navigation systems are standard on all BMWs, this may increase the number of retailer-performed map updates. While we are rolling out ‘over the air’ updates for UK mapping, it will need either a download to USB from a home PC or at a retailer to update maps for Europe.”

The next car component to benefit from that car-to-dealer communication will be tyres. It’s a sector where many franchised dealers have not historically excelled, mainly due to the perception that fast-fit operators offer better value.

Future technology will make upselling new tyres easier, because several carmakers are known to be working with manufacturers to build a new type of sensor into the rubber. They will know when a certain level of tread has been reached and a dashboard warning will offer to contact a franchised dealer to order a replacement. The system could even link with the DMS to book a time-slot for fitting. Appropriate push-marketing of special offers – from the dealer back to the car – could also help grease the wheels to make a transaction happen.

Another revenue stream for dealers is personalisation and technology has a role to play there. At September’s Frankfurt Motor Show, one Mini executive let slip that the use of 3D printing to create interchangeable interior parts was being considered – clearly a new avenue for dealers to consider.

A final warning for dealers comes from the drive to perfect the autonomous car. When drivers can summon a mobility solution, will it make vehicle ownership unnecessary? And how far away is the disposable car, which will make servicing a thing of the past, too? What will franchised dealers do then?

Most popular articles in Dealer Management