Tesla to share electric car technology with other car manufacturers 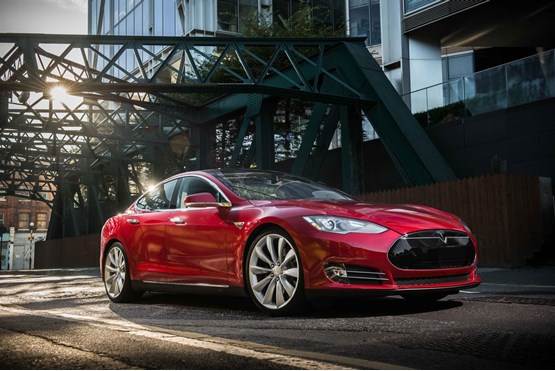 Tesla Motors, the electric vehicle (EV) manufacturer, has opened up its technology patents to other car manufactures to speed up EV adoption.

Elon Musk, Tesla chief executive, said: “Tesla will not initiate patent lawsuits against anyone who, in good faith, wants to use our technology.

“Tesla Motors was created to accelerate the advent of sustainable transport. If we clear a path to the creation of compelling electric vehicles, but then lay intellectual property landmines behind us to inhibit others, we are acting in a manner contrary to that goal.”

Musk said he the patents were in place originally because he was concerned that big car companies would copy Tesla’s technology and use their massive manufacturing, sales and marketing power to overwhelm Tesla.

However, he said this view ‘couldn’t have been more wrong’.

He said: “Electric car programs (or programs for any vehicle that doesn’t burn hydrocarbons) at the major manufacturers are small to non-existent, constituting an average of far less than 1% of their total vehicle sales.

“At best, the large automakers are producing electric cars with limited range in limited volume. Some produce no zero emission cars at all.

“Our true competition is not the small trickle of non-Tesla electric cars being produced, but rather the enormous flood of gasoline cars pouring out of the world’s factories every day.

“We believe that Tesla, other companies making electric cars, and the world would all benefit from a common, rapidly-evolving technology platform.”

Musk said that by opening an ‘open source’ approach to its EV technology will strengthen, rather than diminish Tesla’s position in the market.

Ana Nicholls, automotive analyst at The Economist Intelligence Unit, said: "As an electric car specialist, it is in Tesla's interests to speed up the adoption of electric cars.

"The market is growing rapidly, but it still faces a chicken-and-egg situation: without more electric cars on the road there is little incentive for companies to invest in the charging infrastructure, which in turn deters people from buying electric cars. Moreover, despite international efforts, there is still an incompatibility problem in the electric car markets, notably over the variety of different charging standards worldwide.

"Tesla clearly feels that adopting an open-source approach could speed up overall sales. It would also bolster the development and rollout of its own technology, which might start to become an industry standard - as happened with Android in the smartphone market.

"Increased competition will mean reduced prices for electric cars in the future, which would encourage sales still further. The news that hydrogen fuel cell vehicles are starting to be launched commercially - by Hyundai and Toyota among others - gives a further impetus, because if they develop rapidly they could end up taking market share away from electric vehicles."