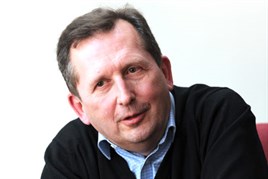 The AM100’s number two operator saw new vehicle revenue fall back 4.3% on a like for like basis and 5.8% in total to £1.075 billion in the year to June 30, slightly greater than the 5.1% decline experienced by the brands it represents.

Total turnover rose 6.6% to £2.47bn as Pendragon’s 185 franchised-outlet UK Motor business was bolstered by strong growth in the used vehicle sector, however.

Used revenue increased by 21% on a like-for-like basis, to £1.16 billion, which is ahead of a goal to deliver double digit growth in the year.

The UK Motor business increased gross profit by £5.7 million, to £262.5m in the period.

Pendragon chief executive Trevor Finn said: “Pendragon PLC has had a strong first half with underlying profit before tax up 9.7%.

“We are particularly pleased with our used revenue growth, up 20.9% on a like for like basis, after setting our objective at the end of 2016 to achieve at least double digit growth in used revenue in 2017 and our aspiration over five years to double our used vehicle revenue.

“During the second half we will make further adjustments to our pricing to maintain our new higher level of volume and enrich the margin. The used vehicle volumes will be driven by capacity being installed as part of our used vehicle strategy."

In the first half of 2017 Pendragon opened used car stores in Exeter, Coventry, Glasgow and Gloucester to take its total used sites to 24.

The group expects to open five sites – including Ipswich, Norwich, Borehamwood, Dartford and Ashford – in the second half of 2017.

The group said that the new additions would provide an additional annual sales capacity of circa 17,000 units for 2018 supported by the Evanshalshaw.com and Stratstone.com websites which continue to grow and generated 26 million visits for the 12 months to June 2017 – up 27.7%.

Finn added: “Whilst we have seen some of the expected decline in new vehicle gross profit, this has been more than offset by higher activity in the aftersales sector which provides our greatest share of gross profit and margin.

“Our future growth is focused on increasing profitability of used vehicles and aftersales within the UK and US Motor businesses, geographical expansion in the US Motor and Software businesses and further growth in our Leasing businesses.

“While we are expecting harder comparatives in the second half we still anticipate our performance for 2017 will be in line with expectations as we enhance our profitability streams further.”

Pendragon saw its revenue rise 6% on a like-for-like basis (+5.6% total) as a result of what it called “market tailwinds”, with an increased car parc and customer base to service in its workshops.

Its Pinewood software business, meanwhile, increased operating profit by 14.6% in the period, which is growing every year as the business continues to successfully expand into new markets.