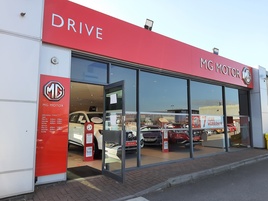 The Leicester-based AM100 car retail group confirmed its three-site expansion with the growing MG brand after adding a Citroen franchise to its Vauxhall operation in Stockton to make its first move into expansion with new brands back in February.

All three new MG franchises have now opened their doors to customers.

Drive joint managing director, Rob Keenan, said: “We are incredibly excited for this new chapter of Drive Motor Retail. MG is one of the largest growing brands in the UK automotive industry, with a strong focus on electric and hybrid vehicles going forward.

“We very much look forward to working with our customers in the Bristol, Leicester and Darlington areas and even further afield in the future.”

Back in January MG Motor UK said that it had targeted the appointment of 10 more franchised car retail sites to its network in 2021 after welcoming 28 new dealerships last year – expanding its network to 130 locations.

Among the latest additions to its network are Rodgers of Plymouth, Perrys Huddersfield and Minstergate, which added three sites in Yorkshire.

Drive Motor Retail’s own period of growth follows its success as European Dealer of the Year in 2019 and having had dealerships ranked 1st, 3rd, 4th, 9th and 10th out of Vauxhall’s top 170 in the 360 Performance Report last year. 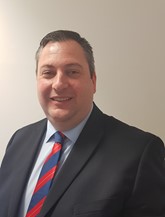