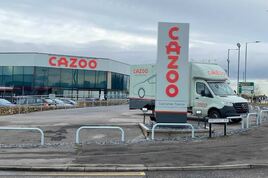 Cazoo has expanded its physical car handover Customer Centre network into Doncaster after securing an 18,000 square foot facility in one of the town’s key automotive retail locations.

It said in a statement detailing elements of the contract with Cazoo, that the site has just under 20 years unexpired until first break and benefits from RPI rental uplifts reviewed on a five yearly basis, collared at 1% pa and capped at 3% pa.

It added: “The site is well-located, fronting the A630 Wheatley Hall Road which forms part of Doncaster ring road, close to the junction with the A18 Thorne Road.

“The property offers good visibility from the roadside with over 25,000 vehicles passing daily.”

Last week Cazoo, which is currently preparing for £5bn public offering on the New York Stock Exchange, said that it had sold its 25,000th car since its launch less than 18 months ago.

Zeus Capital market analyst Mike Allen recently told AM that he felt Cazoo’s statements regarding its sales volume milestones had led to a rise in such activity from established car retail PLCs.

Last week Vertu Motors revealed that it has sold 38,446 cars in the first three weeks of 2021.

Cazoo has expanded its operations into Europe, and into car subscription services, through the acquisitions of Drover and Cluno in recent month, however.

And its profile has been bolstered hugely by a portfolio of sponsorship deals that now includes Premier League football teams Aston Villa and Everton, The Hundred cricket, the EFL, the Rugby League World Cup, the Epsom Derby, the St Leger Stakes and the World Snooker Tour.

Commenting on Cazoo’s latest sales milestone, Alex Chesterman OBE, the founder and chief executive of Cazoo, said: “This is a great milestone to hit inside our first 18 months and we’re delighted that customers have responded so positively to the Cazoo proposition.

“We look forward to continuing our mission of delivering the best car buying experience for consumers by providing better selection, quality, transparency, convenience and peace of mind.” 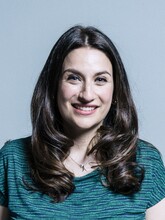