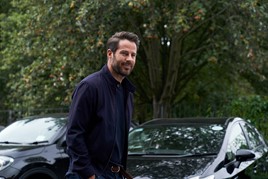 Ex-Liverpool and England footballer Jamie Redknapp features in a series of heycar TV adverts in a marketing campaign launched in partnership with Sky Media.

Through its first TV partnership, the online automotive marketing platform aims to accelerate its market traction with car buyers by showcasing ‘feelgood’ content across ‘uplifting’ programming on Sky channels, including A League of Their Own, Russell Howard, and Friends.

The ads, created by Sky Media’s production team, present a day in the life of Redknapp, made better by the positive experience of a heycar car purchase, as he travels to Sky Studios as part of his work on shows like A League of Their Own.

Tracy Woods, marketing director at heycar, said: “Jamie really brings to life what makes buying a car with Heycar such a unique and rewarding experience in high quality content that allows us to align closely with our target audience.

“Being such a familiar and much-loved face across Sky’s premier, feelgood shows such as Redknapp’s Home Fixtures and Sky Sports Super Sunday, makes him the perfect fit for our message.”

Earlier this year AM completed a '10 minutes with...' interview with Mat Moakes, chief executive of heycar, in which he gave details of the businesses growth seven months after it launch with the benefit of free trials for UK car retailers.

The campaign aims to drive contextual reach and frequency amongst heycar’s audience to create greater awareness and consideration of the brand.

Part of the driving force which inspired Sky Media’s response to heycar’s brief is Thinkbox’s need states – tapping into its target audience’s needs to ‘indulge’, ‘experience’, and seek ‘comfort’.

The two TVCs will run across linear TV, VOD and Sky AdVance. The heycar campaign was created by Sky Media and brokered by Omnicom Media Group’s PHD. 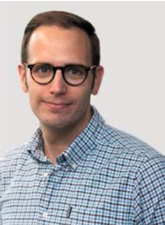 Heycar delivers £40m worth of car sales per month

Heycar delivers £40m worth of car sales per month