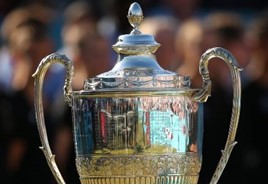 The growing online car retailer will work with the tennis organisation to promote the sport to a wider audience, in line with the LTA’s vision.

Avril Palmer-Baunack, cinch Chairman, said: “The cinch team is looking forward to working closely with The LTA to bring ‘The cinch Championships’ at the Queen’s Club to the widest possible audience.”

This latest sponsorship deal follows cinch’s partnership with the Northampton Saints rugby team, where it became an Elite Parter.

The cinch Championships is an ATP 500 event with more than a century of history. It has won ATP Tournament of the Year four times since 2015 and is played on grass courts regarded by players as some of the best in the world.

Andy Murray has won the singles title a record five times, and his two Wimbledon victories followed success at The Queen’s Club. While there was no event in 2020 due to COVID-19, in recent years the tournament has played host to the many of the world’s leading male players including Murray, Novak Djokovic, Marin Čilić, Stan Wawrinka, Stefanos Tsitsipas, Daniil Medvedev, Nick Kyrgios and defending 2019 Champion Feliciano López.

Scott Lloyd, chief executive of the LTA said: “Queen’s is one of the undoubted highlights of the British sporting summer, and we’re delighted to have concluded this title partnership with cinch.

“Despite the current economic climate, it is a testament to the popularity and appeal of tennis that we are able to confirm this four-year partnership for one of our leading tournaments. It is a great platform for the event, the LTA, and for British tennis.

“As partners we will work together to promote tennis and the tournament to the widest possible audience. Cinch shares our belief that tennis should be a sport for everyone and we look forward to working with them on opening up the sport to new fans and new players in the years to come.”

Further details about the partnership’s activity and the 2021 tournament will be announced in the new year.