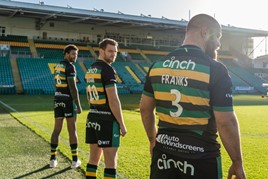 Now it has begun a multi-year partnership which will see the innovative automotive platform become an Elite Partner at the Northampton Saints Franklin’s Gardens ground.

Cinch branding appearing on the club’s black, green and gold kit – across the rear of the shirt and shorts for both home and away kits – and on the stadium itself, with its South Stand being renamed the ‘cinch Stand’ from the Club’s Boxing Day clash against Worcester Warriors.

Palmer-Baunack said: “We have plenty of keen Saints fans within our business, and our Group, Constellation Automotive, employs thousands of people across Northamptonshire and the neighbouring counties, so we’re all looking forward to seeing Saints go from strength-to-strength.

“cinch is the automotive brand for everybody, faff-free, top quality and down to earth, much like the Saints supporters who we can’t wait to get to know over the coming seasons. We plan to bring some memorable moments to Franklin’s Gardens for all and can’t wait to get started.”

Cinch’s addition of a high-profile sponsorship deal to its marketing efforts follows a series of deals secured by key sector rival Cazoo, which begun the sponsorship of Premier League football teams Everton and Aston Villa in 2020 and will also be a lead sponsor of the Rugby League World Cup 2021 and cricket's The Hundred.

Addressing the challenge of generating public awareness of a new online retail platform, former Jardine Motor Group commercial director, Jason Cranswick, who joined cinch as retail director back in August, told AM: “Our marketing message is critically important. How you drive customers to that online inventory is critically important. The cost of doing that is equally challenging as building a consumer platform in the first place.” 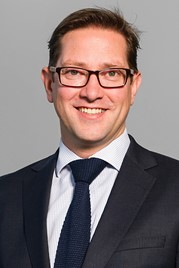 He added: “I’ve been really pleased with the cinch adverts with Rylan. They’ve resonated with people really well and that benefits all our dealer partners that have come on board.”

Suzuki has continued its long-standing partnership with MK Dons, in the home town of its UK NSC.

It will remain as the League One football club’s title partner until the end of the 2021/22 season, extending a relationship stretching back to 2014.

The Suzuki logo will remain on the Dons’ first-team playing shirt and replica kits through to an eighth season, while there will continue to be extensive Suzuki branding around Stadium MK. 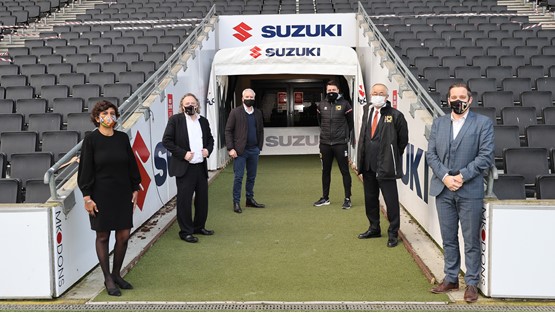 Suzuki GB will also maintain its investment into MK Dons’ community initiatives, providing support for the women’s team as well as the many inclusion and disability activities run by the MK Dons Sport and Education Trust.

Nobuo Suyama, the managing director of Suzuki GB, said: “Our long-established sponsorship of MK Dons has proved a successful and mutually beneficial partnership.

“Continuing as title sponsor provides a solid foundation on which to further our relationship with the club and maintain the support of the renowned and invaluable work of MK Dons in the surrounding community.

“Suzuki has been based in Milton Keynes for over 15 years and we are proud to be part of the area’s successful commercial sector.”