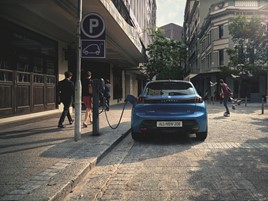 Peugeot UK has launched a partnership with charge point provider Polar to offer its electric vehicle (EV) and plug-in hybrid customers a free subscription to its Polar Plus network.

Coinciding with the launch of the new e-208 – Peugeot’s first full EV – and the arrival in showrooms of new 3008 and 508 plug-in hybrid models ahead of the launch of an all-electric e-2008 SUV, the offer is said to give the brand’s customers access to 7,000 charge points across the UK.

The Polar Plus subscription allows free use of most Polar charge points, with others charged at a subscription holders rate of 12p per kWh.

The managing director of Peugeot UK, David Peel, said: “Peugeot’s collaboration with Polar Plus is a great way to encourage drivers to make the switch to electric vehicles.

“One of the main hesitations around EVs is access to charging points, and drivers who subscribe to Polar Plus when buying a new fully-electric or plug-in hybrid Peugeot model will find it far easier to access the energy they need when travelling throughout the UK.”

Peel recently revealed that franchised retailers with PSA Group brands have had their volume bonus linked to the CO2 emissions of the vehicles they sell.

By 2023 the brand has said that it will offer electrified variants across its entire model range.

Peugeot will be hoping that the Polar subscription adds another layer of appeal for potential EV owners.

Polar’s charging network is evolving with roll out of 150kW DC rapid chargers compatible with – allowing an 0-80% charge in just 30 minutes – in addition to 7kW AC charging points already on streets and in car parks nationwide.

Following their free six-month subscription provided with their new electrified Peugeot vehicle, owners will be able to pay £7.85 per month to continue their subscription.