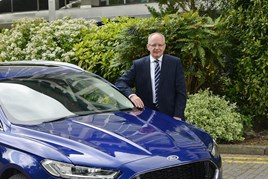 Ford of Britain chairman and managing director Andy Barratt has called for the UK Government to appoint a Minister for Electrification to “kick-start” and coordinate a comprehensive electric vehicle (EV) strategy.

New research commissioned by Ford as part of their UK-wide consumer education roadshow, Go Electric, found that nearly half (46%) of Brits said they don’t intend to buy an EV in future, while a fifth (21%) said they were unlikely to consider one in the next five years.

A further fifth (20%) said they will likely only purchase in the next three-to-five years.

Barratt said that, while the move to electrification is gathering pace, there was “no mistaking that this is a huge task ahead of us that will require fundamental efforts to ensure consumers are taken on the journey”.

He said: “A range of stakeholders – including national and local government, energy providers and vehicle manufacturers – need to come together with a unified goal if we are to meet the electrification challenge.

“Given the size and scale of what we want to achieve in the UK, we need to kick-start this process.

“A fast start could include the creation of a specific senior role in government to help coordinate a comprehensive electrification strategy for the UK – a ‘Minister for Electrification’ who can work cross-functionally across government and with the various stakeholders.”

Last week new Society of Motor Manufacturers and Traders (SMMT) analysis compiled with the help of Frost & Sullivan revealed that spending of at least £16.7 billion was required to get the UK’s public charging network ready for mass EV market, with 507 new charge points needed every day to 2035 to drive buyer confidence.

The UK Government has been criticised in certain quarters for a failure to deliver EV incentives for car buyers in order to boost automotive retail and its clean air strategy as it looks to fulfil the aims of its Road to Zero report and roll-out an all-out ban on petrol and diesel cars as soon as 2035.

In Italy, France and Germany EV incentives were introduced as part of COVID-19 recovery plans.

When AM asked Renault UK managing director, Vincent Tourette, if he was jealous of Renault NSC bosses in other parts of Europe where retailers EV sales had been boosted by Government support - despite his brand's recent success with its Zoe EV - he said he was, “big time”.

Today Ford GB boss Barratt said that the first step to driving EV adoption in the UK – considering the absence of Government buyer incentives – would be a push to increase consumers’ understanding of what their options are.

“Our roadshow will help demystify electrified vehicle options for all of our customers and give them all they need to make the right choice to fit their lives,” he said.

The Ford Go Electric Roadshow Ford aims to demystify the questions people have about switching to electrified vehicles and address consumer concerns around hybrid and electric vehicles.

The interactive experience is designed to teach consumers more about CO2 emissions, the future of local Clean Air Zones, vehicle charging methods and finding the right vehicle for their lifestyle.

Travelling the country in a custom-built HGV the roadshow’s first stop will be Nottingham.

Ford’ recent car buyer study found that the reasons for consumer hesitance to electrified vehicles are mixed, with range anxiety (37%), apparent lack of affordability (53%) and worries about where to charge (51%) being cited as critical deterrents. 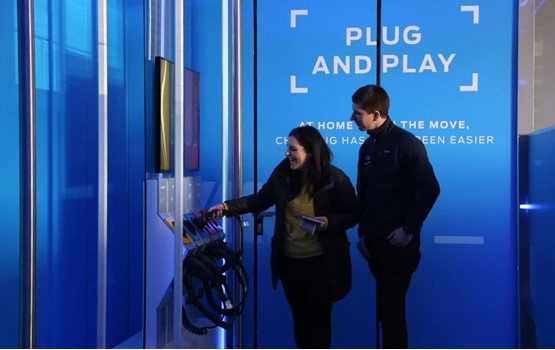 But the survey also reveals that there is widespread confusion around the technology itself: only two-thirds (64%) correctly identified that an electric car electric is a vehicle that has one or more electric motors.

Three-quarters said they are not confident in the difference between hybrid and battery electric cars, while nearly half (43%) say they don’t know enough about the technology to consider purchasing an electric or electrified vehicle.

In addition, 29% don’t think the average person is ready to change to battery electric vehicles.

Barratt acknowledged that Ford had a role to play in educating potential EV customers. He added: “Ford has always sought to democratise vehicles and technologies and now we intend to do the same for electrification.”