Seat’s Cupra breakaway performance brand is set to accelerate its profile growth with the launch of a television advertising campaign for its new Formentor SUV.

The ‘Feel Another Way’ adverts will air for the first time on video on demand platforms ITV Hub, ALL4, Sky and YouTube today (November).

“Cupra Formentor clearly reflects this brand essence: The progressive design is not only eye-catching, but underlines the strong character and attitude as well as the sensual experience you are immersed in when seeing, feeling or driving the car.”

Volkswagen Group performance brand Cupra claims that the Formentor ‘coupe SUV’ is the first vehicle “specifically designed and developed for the brand”.

Production of the Formentor begun in September and the new model will arrive in UK dealerships before the end of the year, priced from £27,300 (150PS TSI manual) with the 310PS 4Drive DSG available now from £39,830.

Further engines, including a plug-in hybrid, will follow at the beginning of next year. 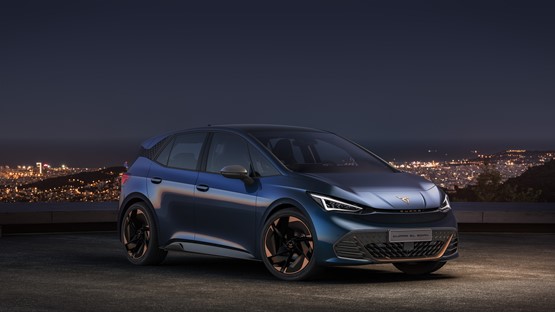 Cupra, which has a range currently comprised of Ateca, Leon and Leon Estate derivatives, is set to launch its first electric vehicle (EV) next year.

The el-Born – first unveiled at the 2019 Geneva Motor Show – features a 82kWh battery that provides a range of 310 miles.

Cupra claims that the rear-wheel-drive el-Born will go from 0-31mph in 2.9 seconds, but no other performance specs have been confirmed.