Customer satisfaction: focus needs to fall on getting it ‘right first time' 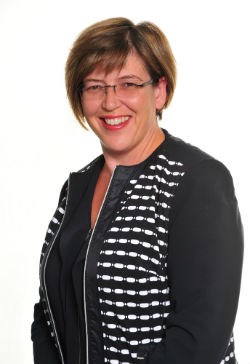 Automotive was the only sector which saw fewer customers receive top service first time around in 2016, according to the findings of the UK Customer Satisfaction Index (UKCSI).

While overall customer satisfaction in the automotive sector has remained stable over the past year, according to the document published by The Institute of Customer Service, automotive customers experienced fewer first time successes and had to expend more energy to get things done than a year earlier – bucking the trend set by other sectors.

The UKCSI gave the UK’s automotive sector an overall customer satisfaction rating of 78.8 out of 100 for 2016 – the only sector not to improve since the previous year.

Seven organisations within the sector had improved, with Land Rover topping the tables as the highest scorer in the industry and Suzuki the most improved.

But the UKCSI data offers important insights into key metrics, including strengths, complaints and changing channel use and revealed that the sector has experienced a decrease in Net Promoter Score, which fell by 12 points, compared to 5.2 points for the UK all-sector average in 2016.

A statement issued following the report’s publication added: “Automotive is the only sector with fewer customers who say their most recent interaction was right first time, 75.4% compared to 76.4% a year ago.

“The automotive industry also continues to perform below average for most online experience measures.”

The report also stated that, despite the overall increase in customer satisfaction, there has been an increase in the score for customer effort. It said: “In other words, customers said they had to expend more effort in dealing with organisations than they did a year ago.”

The reports said that 66% of people say that it has taken them more than two attempts to get a problem fixed with businesses in the automotive sector, adding: “The extra staff time spent on repeat customer contact to resolve issues is arguably time which could be better spent, with businesses able to save money on staff hours if a focus is placed on ‘getting it right first time’.”

UKCSI data did reveal that the automotive sector continues to outperform the UK average for most customer experience measures, however, particularly around dealing with complaints, which, consistent with the national picture, shows the largest year on year increases.

Commenting on the report and its findings, Jo Causon, chief executive of The Institute of Customer Service, said: “Generally speaking, it’s been a great year for customer service in the automotive sector, with consumers telling us that businesses are improving overall experiences by getting things right first time and dealing with complaints faster and more efficiently.

“However, these factors do not necessarily translate into customer loyalty and recommendation. Just being ‘good’ is no longer good enough, and organisations should think about how they can deliver outstanding service at all times.

“Added to that, better consistency is needed across different channels. Engagement through digital methods such as email, text, apps and webchat functions have all increased in the last year, and these are the channels through which it’s most difficult for customer service staff to show empathy.

“Organisations therefore need to make sure that their staff are highly engaged and highly skilled, as every customer interaction – regardless of the channel it’s on – counts towards business performance.”

The UKCSI rates customer satisfaction at a national, sector and organisational level across 13 sectors – individually rating many leading organisations.

The Index has run every six months since January 2008 and involves interviews with 10,000 UK consumers.