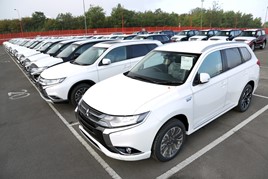 Consumer interest has grown rapidly this month, with car dealers receiving an influx of enquiries for new and used models.

During the first 10 days of showrooms being open, following lockdown in the UK, inbound enquiries from prospective new and used car buyers were up by 35% year-on-year, according to Marketing Delivery.

It gathered the enquiry data from a sample of 170 dealers across the UK, covering a range of volume, premium and luxury brands, and compared it with the same sample in 2019.

The figures tally with a 9.1% increase in searches on the AA Cars website in the first week of June, compared to the first week of March, and the initial trading of English car retailers who spoke to AM after re-opening their showrooms on June 1.

“The particular challenge faced by many dealers now is managing existing, open enquiries as well as new, post-lockdown leads.

“Many will have a significant backlog of enquiries to work through, and it’s critical to maintain meaningful interaction with all prospects, directing suitable leads into the sales pipeline. While that might seem a daunting prospect, especially if some staff are still on furlough, digital automation makes it effortless.”

Marketing Delivery’s data highlights that car dealers in the UK entered the month of June with 125 open sales enquiries on average, originating from the lockdown and pre-lockdown period.

Extrapolated nationwide, across around 4,500 car retailers, this suggests that UK car retailers are currently in the midst of dealing with more than 560,000 sales enquiries for new and used cars.

Searches on the AA Cars website in the first week of June rose by 9.1% compared to the first week of March, before any social distancing measures were implemented, suggesting interest in used cars has sprung back to pre-pandemic levels.

James Fairclough, the chief executive of AA Cars, said: “The increase in searches for used cars is a really encouraging sign for the industry, following on from some very challenging months."

Analysing its own data, AA Cars found there has been a researgeance in demand for small city cars like the Fiat 500.

“Suggestions that commuters who usually use public transport might now opt to buy a car for their journey to work appear to be borne out with the surge in interest in city cars such as the Fiat 500. Equally positive is the renewed interest in electric vehicles," Fairclough added.

Top five search terms by month, according to AA Cars: