Car retailers' average return on sales (RoS) of 0.94% during a heavily COVID-19 impacted 2020 has been hailed as “‘a very strong performance” by ASE chairman Mike Jones.

Compiling his monthly profitability KPIs for the sector, Jones revealed that, while schemes such as the Government’s Coronavirus Job Retention Scheme (CJRS) had not allowed dealers to match their trading results from 2019, they had delivered a strong result nonetheless.

Back in November, Jones had reported that UK car retailers were “within touching distance” of the profitability they achieved in 2020 after delivering £110,000 profit-per-site in the key number plate change month.

But a return of COVID-19 lockdown measures during Q4 hampered the sector’s recovery following its strong Q3 bounce-back.

Despite December’s continuation of lockdown measures across the UK, however, the average car retailer lost “just under £3,000” in the last month of the year, Jones said, compared to £1,700 a year earlier. 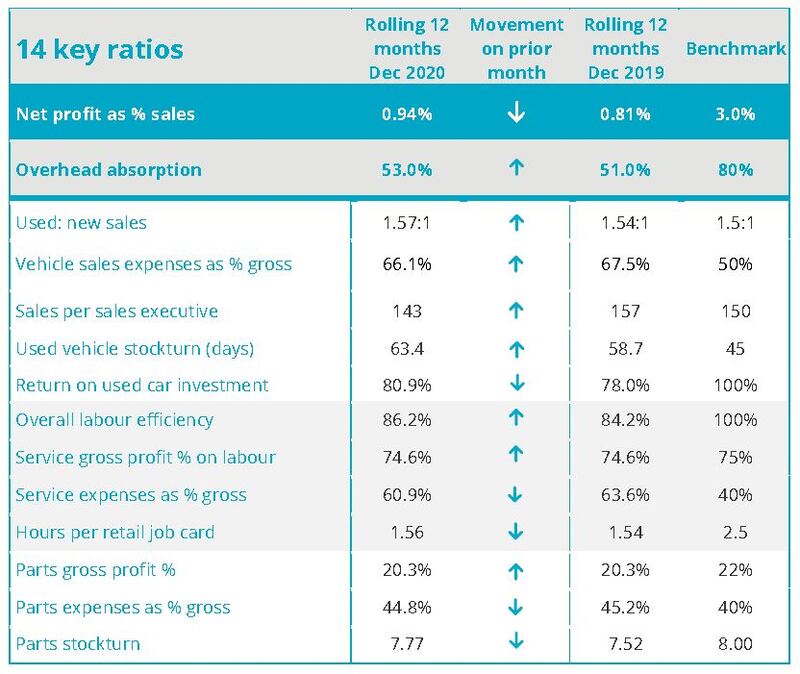 He added: “A slight worsening in the December loss reduced the return on sales slightly from November’s result, however the overall result of 0.94% for the year represents a very strong performance, given the disruption to operations we have seen during 2020.”

ASE’s data showed that overall profit levels were down year-on-year in the automotive retail sector, but Jones said that the result had been very franchise specific, with some brands outperforming 2019.

The sector did see an improvement in used cars and certain aspects of their aftersales operations, meanwhile.

Despite being locked down for a significant portion of the year and forced to operate through home delivery or click and collect, Jones said that the industry returned an annual return on investment on used cars of over 80%.

He said: “If you just look at the ROI for the periods when the showrooms were open then the returns are over 100%, showing the stunning performance from used cars in 2020.”

Jones warned that Q1 looked as though it would prove difficult for car dealers, with the sector likely to remain in lockdown until after the end of our most important trading month.

But he reiterated Auto Trader’s optimism that “we are likely to see a boom in trading as customers spend some of the cash they have saved during the lockdown period” once the showrooms are reopened.