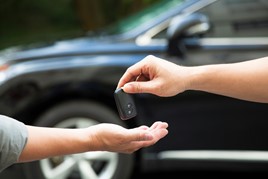 Tracker is urging new car customers and retailers to check the security ratings of the latest keyless entry systems as thieves are still finding success with relay attacks.

Vehicle thieves are still targeting the latest new vehicles on sale in the UK with the relay attacks and finding success, according to Tracker.

The stolen vehicle recovery company is trying to raise awareness on the back of data from Thatcham Research that shows half of the 18 cars launched and assessed by the organisation this year have been confirmed as vulnerable to relay attacks.

Further tests carried out by What Car? magazine found some of the newest and most popular keyless entry cars in the UK could be stolen in as little at 10 seconds.

The findings tally with Tracker’s own data that shows 88% of vehicles stolen that were fitted and recovered in 2018 were stolen without using the owner’s keys.

Thieves are using the relay attack method to succesfully steal cars from dealerships too. A showroom in Broxburn, near Edinburgh, was targetted in October 2017 and thieves made off with an Audi RS4 in 90 seconds after targetting the vehicle with a relay attack.

In 2018, Mercedes-Benz took four of the top 10 spots in the Tracker Most Stolen and Recovered league table, with other premium brands BMW, Land Rover and Range Rover also dominating. The BMW X5 topped the table and the BMW 3 Series came in third position.

Thatcham Research’s security testing data shows that while 50% were still vulnerable to relay attacks, there have been improvements for some models’ keyless entry systems. With the BMW 7 Series, Mercedes B-Class and Range Rover Evoque all rates as “Superior”.

This bodes well for future launches from these manufacturers as well as premium brands Porsche, Audi and Jaguar who have all had new models favourably assessed by Thatcham.

The What Car? study found manufacturers are working with police to improve security, with Audi and Jaguar Land Rover among those confirming programmes of continual monitoring and improvement.

“Savvy criminals are bypassing current keyless security measures by extending the range of the smart signal from such vehicles in search of smart key fobs – otherwise known as a relay attack – by investing in kit that is legally available and easy to buy in the UK. Thieves are literally stealing vehicles within seconds by employing this technique.”

Wain said a number of manufacturers are introducing motion tags, which put key fobs into sleep mode if they’re left sitting for a period of time, which is successfully stopping thieves from activating key fobs from outside owners’ homes or offices.

He said: “Thatcham’s rating system and the What Car? tests help new car buyers know which vehicles are vulnerable, a significant step forward, so we strongly urge buyers to check their dream car with Thatcham and What Car? before they buy.”

Richard Billyeald, Thatcham Research chief technical officer, said: “Theft claims paid by insurers in the first quarter of this year were at their highest for any quarter since 2012, with a payment made to a car crime victim every eight minutes. These figures demonstrate why the automotive industry must move to secure keyless entry / start systems, many of which offer criminals the chance to quickly and silently circumvent otherwise robust physical security.”

Billyeald said new car buyers should ask the right questions in the dealership.

He said: “Keyless entry / start systems are often optional or included with trim levels, so buyers need to understand that they could raise the theft risk profile of their new car by ticking that box. Buyers that do want it, and many do as it’s a good convenience function, should ask their dealer if a fix has been introduced.

“Owners can also protect their fob with a Faraday shielding pouch. While some fobs can be turned off overnight – the Mazda 3’s fob has this function for example. However, solutions which rely on active participation from the driver are not included in the rating.”