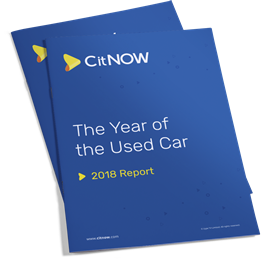 Used car retailers could be set for a bumper year, with at least half of buyers turning to the used market according to consumer research by CitNow.

The nationwide survey of 2,000 motorists found that 48% of prospective buyers are now looking to the used car market for their next purchase.

CitNow believes this is a combination of more advanced cars and tempting finance deals boosting the second-hand car sector.

SMMT figures for used car sales in the second quarter of this year, gathered from DVLA data on change of ownership, showed over two million used car vehicle transactions, flat year-on-year. However on including quarter one 2018, in the first half of the year the used car market was down 2.6% by volume.

CitNow's research is included in a ‘Year of the Used’ report from the video imaging company, which wants to help dealerships engage with car buyers amid renewed interest in the used market.

CitNow’s head of sales and client services Ollie Parsons said: “With more advanced cars hitting the market alongside enticing finance deals, used cars are more appealing than ever for the consumer, and our survey shows it isn’t just the traditional young males audience turning to the second-hand market.”

While over half of under-45s were looking to buy used for their next purchase, the second-hand market was proving most popular with 25-34-year olds.

Slightly more women (55%) are open to buying used than men (45%), while nearly a quarter of female drivers are undecided, highlighting the opportunity for retailers to win business through excellent customer service.

Parsons said: “For many used retailers, the problem is standing out and capitalising on this interest. The age of the classified print ad is long gone and used retailers now need to be delivering a modern, tailored buying experience to fully capitalise.

“Emails and phone calls often get lost in today’s busy world; but nothing is more personal and tailored than a well thought out customer video. These seemingly small additions can make a big impact and can help bridge the gap between a sceptical customer and a sale.” 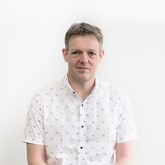