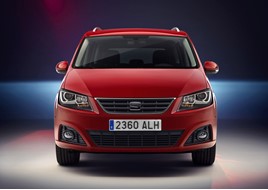 Half of Auto Trader’s monthly top ten fastest selling cars rankings was made up of diesel powered vehicles as buyers demonstrated a continued appetite for the fuel type.

Just three of the vehicles which featured in the latest tables compiled from the online marketing platform’s online classified advertising data were petrol and two electric as Seat’s Alhambra MPV (2016 diesel, automatic) proved to be the fastest turning car on UK forecourts once again – taking just 23 days to sell on average.

It was the seven-seat Seat Alhambra's second consecutive month as the ranking's best performing vehicle.

She added: “What’s more, in case there were any doubts, we can see there is clearly a growing market for second-hand low emission vehicles.

“Not only are EVs consistently featuring on our Fastest Selling Index, but since October last year we’ve seen a 59% increase in searches for electric vehicles on our marketplace.

“As awareness, performance and the necessary infrastructure improves, we can only expect to see this appetite increase.”

The affordable French EV became the first pure EV to make it on to the top 10 when it was ranked sixth in July 2018.