Guest opinion: Aftermarket pricing - is money being left on the table? 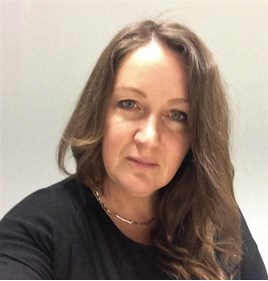 As the importance of the aftermarket continues to grow, along with the range of tools to manage it, but many organisations are missing out on an opportunity.

Industry consultant Deloitte wrote in a recent report that the spare parts business is widely considered to be “the main driver to enhance customer satisfaction and generate repurchase opportunities”.

Its importance is reflected in the quest for new ways to provide ever-greater parts availability, with increasingly sophisticated logistics networks and a search for new technologies. 3D printing, once seen as an idea for the future, is already being used to manufacture finished parts, while delivery drones are looking increasingly likely to become a reality.

The quest to optimise the pricing of those same parts, however, is less evident. It doesn’t have the same appeal as a new technology and it isn’t a hot topic in the media: yet it is just as critical.

Accenture has identified seven reasons why OEMs may be failing to tackle the issue:

Resource shortage – finished goods frequently have the lion’s share of attention.
Parts overload – typically, only one to 20 people are responsible for pricing from 50,000 - 500,000 spare parts.
Insufficient data – a widespread lack of information and benchmarks.
Knowledge drain – a high turnover of expert staff.
Channel resistance – a lack of dealer confidence in price-setting.
Inertia – it’s often hard for OEMs who operate at scale to change quickly.
Industry isolation – insufficient sharing of experience from outside the industry.

Part of the solution is for OEMs to move out of their comfort zone and review their entire approach to pricing. The traditional method used for parts pricing is “cost-plus”, whereby a fixed margin is added to manufacturing costs.

Cost-plus is as easy as it is unsatisfactory, compromising both profits and brand equity. Inward-looking, it fails to take into account factors such as criticality and emotion in purchasing decisions. Picture yourself in your car in need of a new windscreen wiper: you may care little for the name of its manufacturer, but you will be prepared to pay more for a swift replacement.

If the hum of your engine is like music to your ears, when that sound goes wrong you’ll probably only want one brand to replace it: the original. And you’ll know that that’s unlikely to be cheap.

To optimise aftermarket pricing, the key goals should be:

Achieving these goals represents a huge value opportunity for those manufacturers that tackle the challenges boldly rather than ignoring them.

And, with over 25% of a manufacturer’s revenue typically generated by aftermarket sales, contributing to as much as 50% of profits, who can afford to choose inertia over science in pricing?  New pricing initiatives pay back fast; the majority of them in six to twelve months.

For many, cost-plus pricing offers a comfort zone, but it’s a very expensive one. The move towards the next generation of service parts pricing requires automation in order to deliver the much-needed improvements in revenue and profits. Manufacturers have made their production processes as lean as possible, but on the other side of the original sale there remains an untapped opportunity. The technology is out there: but who’s going to take the lead?