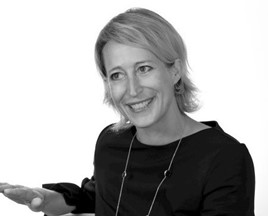 For decades, technology has been the single biggest factor holding us back from launching fully Autonomous Drive (AD) vehicles.

But thanks to rapid advances in areas such as machine learning, LIDAR and GPS, we have now reached the point where self-driving cars are active on our roads.

Technology is moving fast - so fast in fact that it’s outpacing the speed at which laws can be enacted to make self-driving cars viable for all of society.

This has an obvious knock-on effect for those on the sales front line, because how can dealers fully market these technological advances if governments aren’t clear on how they’ll be regulated in future?

Several countries have at least begun the process of introducing appropriate laws, although these largely remain in the early stages.

Take Germany, which in 2017 took the positive step of amending their Road Traffic Act to allow the testing of AD vehicles on the country’s road network.

“Europe on the Move”

Encouragingly, in 2018 the EU commission released its “Europe on the Move” strategy, which sets out provisions to support the increasing autonomy of our vehicles.

While these are very promising developments, these laws have only started coming into force the last few years, and will therefore take time to be fully digested by car dealers and regulatory bodies alike.

What’s more, there is still massive uncertainty on how traffic guidelines need to adapt to AD vehicles, which impacts the ability to market current autonomous features as a long-term purchase.

In early 2018, the crash between a popular ridesharing service’s self-driving vehicle and a pedestrian in Arizona threw these issues into focus.

It opened up questions on how AD vehicles will operate in society, such as who is to blame in an accident, and what new traffic offences need to be defined.  With these topics garnering major media attention, these are the sorts of questions that consumers are increasingly likely to ask in the showroom.

This makes it imperative that we have a clear direction from governments to ensure we can all communicate the correct information.

The UK is one country attempting to address these specific issues. The Autonomous and Electric Vehicles Bill, which is currently moving through Parliament, plans to deliver a clear framework for insuring AD vehicles on UK roads.

Furthermore, the UK government has launched a three-year review to define responsibility in accidents involving fully driverless cars – including in vehicles that do not have a steering wheel.

Of course, we shouldn’t miss the opportunity to appreciate the wider impact AD vehicles will have, as it will be more far-reaching than many currently expect.

Research shows that the economic benefit for Europe could be a total of €17tn to European GDP by 2050, and that the autonomous revolution is a unique opportunity to support innovation .

Beyond the economics, the improvement to quality of life for those who are able to stay mobile and independent for longer thanks to AD are immeasurable.

Our public services and emergency services stand to be revolutionised. Yet much of the public is sadly unaware of these benefits, and all too often, unfamiliarity leads to lack of demand.

This is why it is imperative that our legal landscape keeps up with advancing technology, to address any outstanding concerns on safety and driver responsibility.

Only then can AD features be promoted with complete and total confidence, so we can all share the maximum benefits from the AD’s potential.