Guest opinion: How can dealers prepare forecourts for a bitter winter? 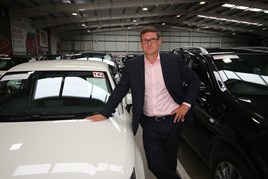 In-line with the recent prediction from the Met Office that the UK faces its coldest and harshest winter in a decade, buyer services manager – Alex Miles – at G3 Remarketing, offers his advice to dealers on how they can prepare their forecourts now.

The British summer has been kind to us this year, with it being the joint hottest on record, but it seems that this will be counteracted with a bitter winter and early snowfall in time for Christmas.

According to the Society of Motor Manufacturers and Traders, 1,774,832 used cars changed hands in quarter four of 2017 – a figure that could be significantly lower in 2018 if dealers fail to act in good time and get ready for winter.

They need to leverage the fact that September saw a low uptake of new registrations, which suggests strong potential demand for used vehicles across the sector. But now is the crucial time for retailers to realign stock profiles, in preparation for hitting targets over the colder months.

In summer, coupes and convertibles naturally sell well with healthy prices and quick turnarounds, but the residual values for such vehicles unsurprisingly decrease as the bitter weather hits.

Consumers’ attention quickly turns to seemingly more practical vehicles, such as 4x4s and even two-wheel-drive derivatives that fall into the SUV bracket.

As ice and snow is forecasted to hit the roads, many drivers are confronted with the reality of their own mobility, and perceive that they need such a vehicle – even if they don’t.

So what does autumn really mean? Is any action required now?

Now may be the time that retailers decide to liquidate ‘summer’ stock as soon as possible, to make way for the vehicles they know will sell better in a few months’ time.

On the other hand, sitting tight on such cars until the New Year when brighter weather returns, can prove to be a good tactic to get ahead of the game in 2019.

There will inevitably be a need to reposition these vehicles to a far less prominent forecourt location, as well as pull prices right in, but this is a strategic option if space allows.

In terms of spending, once consumers have paid off holiday splurges, financial attention generally turns to buying cars.

There is therefore potential for dealers to increase volumes in October, before the notoriously difficult months of November and December set in.

Some canny customers – who are aware of the market trends – will capitalise on the opportunity to pick up a forecourt bargain and get ahead of the price curve.

But savvier dealers will concentrate on marketing to these engaged buyers, which will inevitably help boost sales and hit winter targets.

It is perhaps these retailers that will also look out to pick up a bargain themselves at auction.

Autumn is a common time for the fleet and rental companies to defleet its stock, which sees an abundance of attractive vehicles coming through this disposal route.

With online sales also now complementing traditional physical in-lane offerings, dealers can rigorously research the national marketplace and source stock without even leaving their base. The fuel and time saving benefits of this approach are vast – not least because if a lot is lost to a rival bidder, there has not been a wasted trip.

Due to the technological advancements of next-generation vehicle inspections, buyers are able to virtually see, touch and hear a car, without actually having to be present.

Digital auctions therefore present an additional cost saving benefit, which will make hitting targets in the winter months that much easier.

Can anyone truly say how the upcoming season will unfold? Of course not. The Beast from the East earlier this year proved that, despite the momentary lull in sales, resilient dealers saw their figures balance out later in the month.

And overall trends do not mean that every dealers’ performance will be the same.

Retailers who remain agile and adapt their forecourts now to reflect buyer demand and of-the-moment purchasing patterns, are those that will thrive – regardless of what the British weather decides to throw at us. 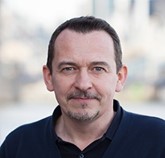 Guest opinion: Driving joined-up retail for the future of automotive

Guest opinion: Driving joined-up retail for the future of automotive