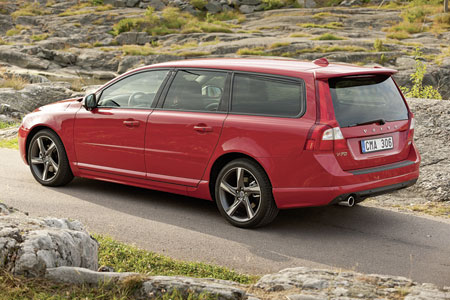 Volvo is in a position where it can become the new alternative to German executive arrogance, according to automotive analyst Jay Nagley, and with product like the V70 it’s on its way to managing that mammoth task.

While exterior styling might not quite be on par with its German rivals Audi and BMW, Volvo is moving forwards with a refresh for 2012 featuring a new grille, colour-coded lower body panels as standard, redesigned headlamps and LED turn indicators integrated into the door mirrors.

The Bluetooth connection has been upgraded to allow not only hands-free phone conversations, but also music streaming from a preferred Bluetooth enabled portable music player.

There’s also a smartphone application which means the driver can stay in touch with the parked car.

It’s a system which can lessen the severity of, or entirely avoid, low-speed rear-end collisions at speeds of up to almost 20mph.