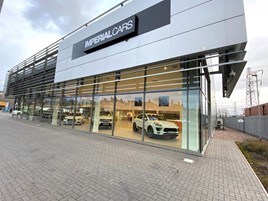 Imperial Cars has begun to consult its staff over widespread redundancies just two weeks after its acquisition by online car retailer Cazoo.

AM understands that up to 300 jobs could now be at risk at the 18-site independent car retail group as the business moves towards a more digital-led sales process in-line with the ethos of its new owner.

Completion of the deal to acquire Imperial Cars came just weeks after Cazoo became one of the fastest UK businesses ever to achieve a $1 billion (£800.8m) valuation – just six months after its launch – and gave it access to a used car sales operation with a 5,000-car inventory and vital PDI facilities across the UK.

With the sale of those cars likely to shift online, however, the business now looks set to dispense with part of the workforce its had amassed during a rapid growth period following  the opening of its fourth location, in Northampton, back in 2015.

Mike Bell, the managing director at Imperial Car Supermarkets, who remained within the leadership team following the acquisition by Cazoo, said: "We are currently going through a consultation process with certain members of staff at Imperial as a result of both the current market conditions and a change to our sales processes that was already underway at Imperial.

“It is, of course, our intention to minimise any job losses in this difficult time and we will offer alternative roles wherever possible.

Bell said that the process of consulting over redundancies would have happened “regardless of Cazoo buying the business."

Cazoo’s became one of the UK’s best-funded start-ups ever following the completion of its latest £25m funding round on June 22.

The process saw new investor Draper Esprit join existing investors including DMG Ventures and General Catalyst to take the total raised by the online car retailer to over £200m.

In an exclusive interview with AM magazine earlier this year, Chesterman said that he was determined to prove the naysayers wrong and make a success out of his digital car retail model.

Describing the outdated car buying process he aimed to change, he said: "The process of buying a used car is outdated and not fit for purpose for today’s consumer… we take away the need to travel, to haggle, to spend countless hours at a dealership and to risk any buyer’s remorse.”

Speaking at the time of Cazoo’s Imperial Cars acquisition earlier this month, Chesterman said: “The acquisition of Imperial Car Supermarkets will enable Cazoo to better serve its customers and fulfil our increasing number of deliveries throughout the UK.

“This deal provides us with key infrastructure as well as a wealth of automotive expertise which will help accelerate our growth."

Chesterman said: “Imperial has a highly dedicated team and I am delighted to welcome them to Cazoo along with Mike, Jon and Scott.”