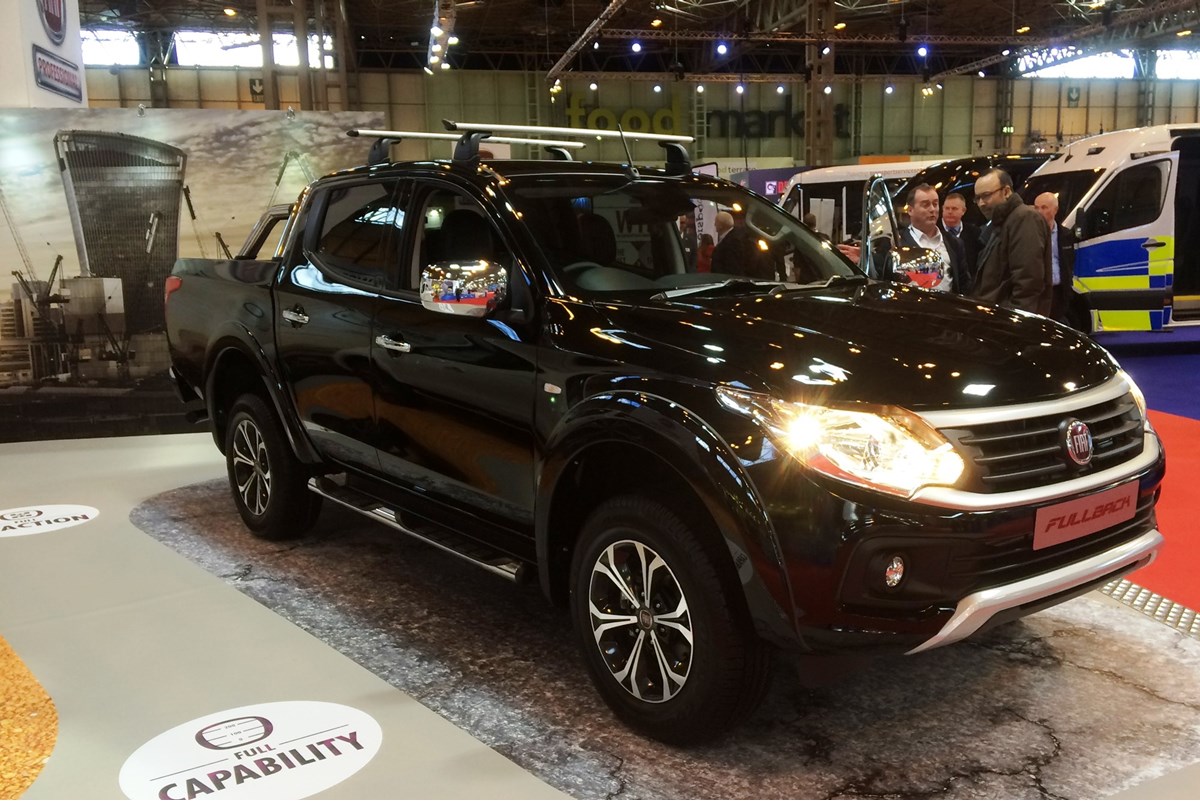 Fiat has turned to football to promote its entry into the burgeoning pick-up segment with the new Fullback – but the vehicles will only be sold by Fiat Professional commercial specialists.

With Mercedes and Renault poised to enter a pick-up segment which has experienced four years of growth and is expected to account for around 45,000 vehicle sales in 2016, the Italian brand is introducing the Mitsubishi L200-based Fullback to the UK market.

Powered by a 2.4-litre turbo-diesel engine with 148bhp or 178bhp, the newcomer boasts a payload up to 1,045kg and is set to boost the appeal of Fiat’s commercial offering when it arrives in June.

Speaking to AM at this week’s Commercial Vehicle Show at Birmingham’s NEC, Ricky McFarland, country manager for Fiat Professional UK, said: “We think that, for the first six months, we should sell around 1,000 units and then next year, who knows?

“If you compare our offering to that of the L200 it is clear. Fiat Professional can now offer businesses a full range of commercial vehicles from the same location. That puts us in a really strong position, I think.”

But McFarland said that, despite the sales potential of the Fullback, it would not be sold from Fiat’s network of franchised car dealerships.

He said that the 74 Fiat Professional sites were open to sell the pick-up to retail customers, however, and said that sales could be a boost for the commercial network which is already poised to expand to around 83 sites within the next two years.

McFarland admitted that the network has had its challenges, but had an optimistic outlook. He revealed: “It has been a slow start to the year for Fiat Professional, our rental sales are down significantly and we are trying to go into areas that are economically viable with a target of selling 16,000 to 18,000 vehicles this year.

“The growth potential is certainly there. Our Fiat Professional centres are achieving around £500 to £600 on each sales and aftersales is an area where great strides can be made.”

Fiat Professional is currently using football to boost its profile in the UK, signing up former stars Stuart Pearce, Dean Windass and Geoff Horsfield for its Tradesman Trials.

The initiative, launched in partnership with the Football League, invites tradesman to send a video of their footballing exploits for the chance to gain a place on a UK-wide trial day.

One lucky tradesman will win £2,000 to fund a month-long trial with their choice of professional football clubs signed up to the scheme.

Former Fulham, Birmingham City and Leicester City striker and Fiat Professional ambassador, Geoff Horsfield, told AM: “When I was a teenager I was playing football and doing well but I was told to get a trade. I got an apprenticeship and became a bricklayer. It was a good move at the time.

“I was lucky in that I was playing for Halifax when I was 24 and got a real break by moving to Fulham."