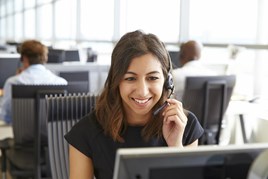 The Motor Ombudsman is “on course” to handle 34,000 consumer enquiries by the end of the year after answering 9,400 calls and emails in Q3.

A total of 857 cases were created between July and September – slightly below the record volume of contacts seen in the second quarter – but the anticipated total set to be reached by the end of the year reflects a 35% uplift in enquiries to the dispute resolution service compared to 2016.

The Ombudsman reported that its Motor Industry Code of Practice for Vehicle Sales had attracted the highest level of contacts (40%) between July to September of this year, followed by the Service and Repair Code (29%) and the New Car Code (27%).

Around two thirds of contacts received in relation to the Vehicle Sales Code were because of defects with a car at the point of delivery, with the approach of staff during the sale of the vehicle being the second main reason for motorists getting in touch (16%).

The level of aftersales support supplied by a garage following the purchase of a vehicle, and inaccuracies within a business’ advertising materials, prompted nearly one-in-10 contacts, it said.

Holly McAllister, head of customer service and quality at The Motor Ombudsman, said: “As we have seen for the majority of 2017, and throughout the third quarter, the Vehicle Sales Code continues to witness the greatest volume of consumer contacts, which are up 39% versus this time last year.

“The other Codes have equally shown a consistently high rate of contacts which demonstrates simply how much demand there is for our service, re-affirming our position as the ‘go-to’ point of reference for any motoring-related disputes.

“Similarly, being at the heart of the automotive sector, and handling contacts from consumers and businesses on a daily basis, this has allowed us to provide valuable feedback to industry to continue driving up standards.”

The most common issues related to the Service and Repair Code were those surrounding the standard of workmanship provided by a garage, making up over half of contacts during the past three months, whilst the charge for diagnostic work and the accuracy of quotations resulted in a fifth of all calls and e-mails.

Furthermore, 19% of contacts related to the competency of the garage’s personnel.

Of the 27,600 Code contacts that have been received during the first nine months of the year, 1,509 cases were created, with 857 being raised in the third quarter.

This equates to an average escalation rate of just 5% for the whole of 2017, meaning that 95% of contacts have been resolved quickly through The Motor Ombudsman giving information and guidance to the consumer and garage without requiring formal adjudication.

In tandem with one of the busiest periods of the year for new car registrations, September saw a significant increase in the number of cases being raised at 203, surpassing the monthly average of 168, with around 50% of these concerning the Vehicle Sales Code.

Furthermore, of the cases raised so far in 2017, around one in ten were submitted to The Motor Ombudsman’s in-house ombudsman for a final decision.