Car dealers could retain more than 60% of customers for MOT and service work if they send timely reminders, according to Marketing Delivery survey.

The new research from the marketing specialist found that 60.7% of motorists surveyed agreed that they would be more likely to give aftersales business to a dealer that proactively reminds them.

A further 25% ‘strongly agreed’ with the statement.

Jeremy Evans, managing director of Marketing Delivery said: “The key message from this research is that timely, proactive communication from dealers is still a highly valuable tool for aftersales teams in particular.

“The roll-out of GDPR has made some dealers overly conservative about their customer communications, but this survey shows that targeted and automated contact from dealers is of benefit to both customers and the business alike.”

In London, almost three quarters of respondents (72.8%) agreed that they would be more likely to book in aftersales work with a dealer that kept them informed about aftersales due dates.

Younger motorists (under 25) were the most likely age group to give aftersales business to proactive dealers, with 70.4% of those surveyed responding positively.

Customers over the age of 55 were the least likely to be influenced by due-date prompts, though a majority (57.5%) still said they would be more likely to book their car in with a dealer offering these reminders.

When it comes to issuing timely reminders, the timescale most preferred is between three weeks and one month in advance of the due date, as identified by 54.4% of motorists.

Evans added: “We have seen groups receive huge boosts in aftersales bookings because of proactive communications, some with volumes up by more than 40% over a two-year period – which has a direct impact on their profitability.” 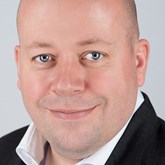