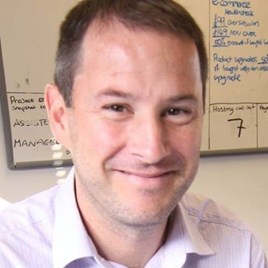 Over a third of Millenials are willing to buy a car online according to the findings of a new Trustpilot survey as growth in online car buying appears to buck the trend of a declining market.

The survey of 1,500 British motorists, undertaken by YouGov, also revealed that 18% of Millennials (defined as 18-35 year olds) are willing to consider a driverless car.

In all, 36% of Millennials confirmed they would be willing to buy a car online compared to 25% of the whole cross-section of respondents, which Trustpilot said demonstrated “the need for auto retailers and manufacturers to digitally transform”.

Yesterday Mitsubishi in the UK revealed their new online retail offering Mitsubishi Buy Online, which claims to offer an end-to-end online buying experience while not cutting its retail network out of the deal.

Retailers will continue to deal with customers who step away from the online platform to complete the transaction in person and will also facilitate test drives and vehicle deliveries.

This week independent online car retail portal Buyacar reported that its orders were up by 66% compared with last year, despite the faltering market.

BuyaCar.co.uk expects online car-buying to continue growing next year too, despite the overall slowdown in the UK car market. 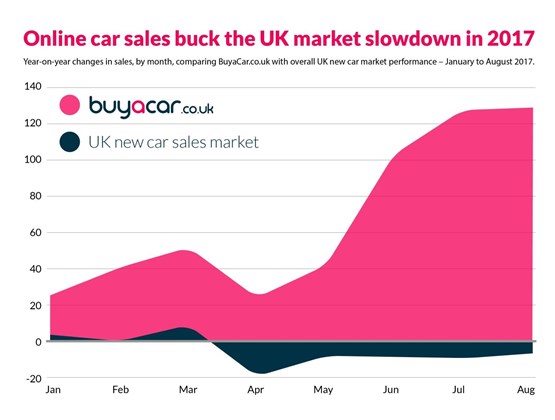 Trustpilot believes that the growth in online car retail is down to improved levels of consumer trust.

Millennials were also most likely to trust major online companies with 56% displaying at least moderate trust in Amazon, compared to 42% overall and just 31% for those aged 55 and over.

Similarly, 33% of Millennials would be willing to buy a car from online technology giants such as Google and Apple, compared to 23% overall and just 17% of those over 55.

When it comes to researching their next car, 82% of Millennials turn to the internet.

Online reviews are considered one of the most influential sources of information, according to Trustpilot, with 80% citing reviews as at least fairly influential, far higher than general social media which was only viewed as influential by 37%.

Millennials also value word of mouth recommendations with 81% believing them to be valuable.

Less influential sources for Millennial buyers include expert reviews at 52% and advertising at 39%.

Neil Bayton, partner director, Trustpilot, said: “For those seeking to appeal to Millennials, the message is clear - build a compelling digital experience that provides access to the buying and service experiences of others.

“By doing so you’ll appeal, to Millennials on their terms as our research clearly shows this segment is ready to buy online. The winners in the industry will be those that embrace change and transformation.”

Austin Collins, managing director of BuyaCar, said that the shift in focus to online car buying by many motorists reflects growing confidence in the ‘Amazon-like’ experience of clicking to purchase.

This is especially true of people who are too busy to visit multiple dealers or less confident in the environment of a traditional dealership, he said

Collins added: “People used to say no one would want to buy cars on-line and many dealers saw the possibility that they might as a threat, but how times have changed.

“Now we are seeing record growth in direct car sales to online shoppers and the dealers from whom we source the cars are enjoying that boost in an otherwise challenging market.”