Cazoo has added to its high-profile sponsorship deals with Everton, Aston Villa and the Rugby League World Cup 2021 with an agreement to be lead sponsor of cricket’s The Hundred tournament.

The online car retailer is set to guarantee itself further marketing exposure both on TV and online through a multi-year partnership agreement and to sponsor the sport’s new format.

Launching next summer The Hundred is a 100-ball format featuring world-class players from England and around the world in men’s and women’s competitions, featuring eight teams from Manchester, Leeds, Nottingham, Birmingham, Cardiff, Southampton and London. 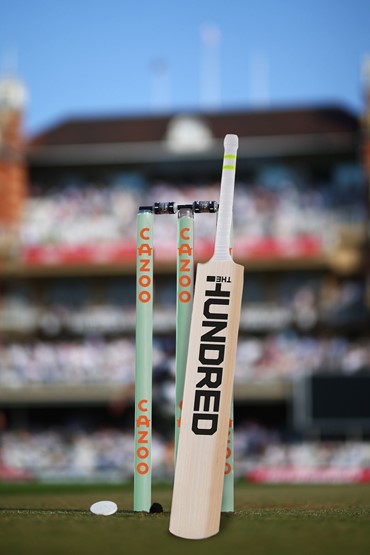 Cazoo’s branding will feature in stadiums, on players’ shirt sleeves and across digital platforms for the upcoming competition as 68 matches are screened live by Sky Sports and the BBC.

Rob Calder, commercial director of The Hundred, said: “As an emerging, innovative, digital and game-changing brand, Cazoo is exactly the kind of business we want as Principal Partner of The Hundred.

“We are delighted to partner with Cazoo for our launch in 2021 and look forward to working very closely with them to provide an incredible experience for new and existing cricket fans.”

Alex Chesterman OBE, the founder and chief executive of Cazoo, said: “We are delighted to partner with The Hundred, one of the most exciting sporting events taking place next year.

“This relationship is an important part of our growth plans and will help Cazoo become a household name and as we engage with new and existing cricket fans across the country and continue to deliver the best possible car buying experience for UK consumers.”

Smith parted company with the online car retail start-up, which completed the acquisition Imperial Cars in July in a move which kick-started the creation of its Customer Centre network, after “overseeing the Imperial integration”, he said in a post on LinkedIn.

“The last Imperial site has closed so my work is now done,” he said.

Last month Cazoo celebrated the sale of its 10,000th used car just a fortnight before completing its first year of online sales.

One of the UK’s best-funded start-ups ever – its backing reached £450m following input from new investors back in October – Cazoo also revealed that revenues will exceed £150m in its first year of trading.

Alex Chesterman OBE, Cazoo’s founder and chief executive, said: “We’ve had a strong first year and are proud to have delivered for so many customers this year, despite the many challenges.”