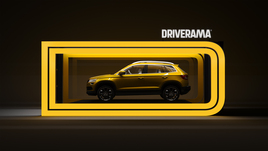 Europe’s largest independent used car retailer is aiming to create a ‘borderless’ online car retail business across 12 countries with the launch of its Driverama platform.

Set to be launched in Germany in August, Aures Holdings’ new venture has already had €75m (£65m) invested into its development, with a further €100m (£87m) set to be invested in the next year and up to €400m (£347m) in follow-up investment expected as the roll-out continues over the next four years, the retailer said.

Despite the vast investment in £5bn-valued Cazoo, as it looks to expand its online used car retail and vehicle subscription services across the continent, Driverama is aiming to become the “biggest pan-European online used car retailer by 2025”, a statement issued this morning (April 14) stated.

Stanislav Galik, Driverama’s co-chief executive, said: “We are tremendously excited about the launch of Driverama, the culmination of millions of Euros of investment, innovation, testing and constant refinement to ensure we have a laser-focus on delivering a truly seamless end-to-end customer experience for those selling or buying a used car in Europe.

“We are confident that we have the best tech capabilities and our ambition is to become the only truly pan-European online used car retailer by 2025.”

Driverama’s parent company, Aures Holdings, claims to be the largest independent used car retailer in Europe, with more than €700m (£607m) in revenue, €44m (£38.2m) EBITDA and over 2.5 million customers.

Driverama will initially launch in Germany, with over 5,000 of its own fully inspected cars and the support of Aures’ 45 physical retail sites, before rolling the concept out to 11 countries by 2025.

“Unlike other new online-first entrants, the Driverama team have real life experience of selling used cars profitably and already have the physical infrastructure in place to deliver a winning, genuinely omni-channel proposition.

“But the intense battle for market share will be won on the back of consistent and quality real life automotive processes that are scalable.

“Who will offer the highest price to the customer for their car and pay the quickest? Who will deliver the high-quality car as described and with the best guarantees, quickly to the customer’s home?

“Having served 2.5m customers, Aures certainly does understand the best scalable automotive practices and we are confident that this experience and insight will ultimately enable Driverama to achieve market share dominance across Europe.”