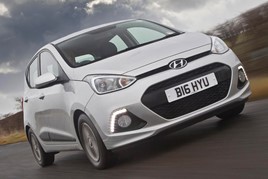 The most reliable 13 car brands in the UK were volume brands in the 2018 study, which determined dependability by the number of problems experienced per 100 vehicles (PP100), with a lower score reflecting higher quality.

German premium car rival BMW featured dead last, however, coming bottom of the pile with a score of 192, followed by Fiat (177) and Audi (175). 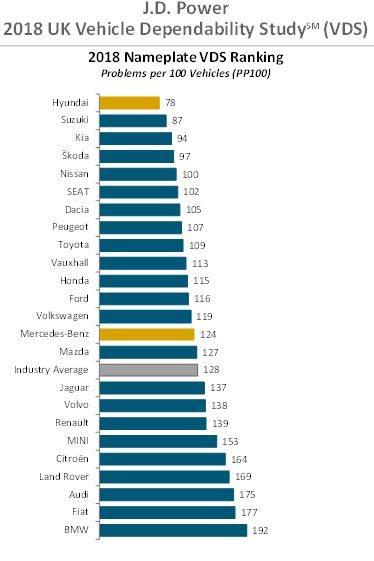 In its findings JD Power said that technology problems continue to be common for owners after one-to-three years of car ownership, with Bluetooth throwing up pairing/connectivity issues and voice recognition not recognizing commands among the six most common problems in the UK VDS.

“It’s imperative for manufacturers to address this issue in order to improve the level of consumer trust in the technology.”

Now in its fourth year, it measures problems experienced during the past 12 months by original owners of vehicles in the UK after 12-to-36 months of ownership.

Although not common, owners also still worry about engine and transmission problems, as they are the most dangerous or costly, according to the study.

Despite advances in technology, the most severe problem in the industry remains an engine failing to start.

The study said that a customer’s experience of any of the 10 most severe problems strongly affects their satisfaction, stating that a fault will see the APEAL (Automotive Performance, Execution and Layout) Index drop well below the industry average of 767 (on a 1,000-point scale).

“The most severe problems result in a 5-13% drop in APEAL scores when they occur”, it said.

Among owners who experienced no problems with their vehicle, 54% say they “definitely will” purchase/lease the same brand again.

Among those who experienced one of the top 10 highest-severity problems, only 37% say they “definitely will” purchase/lease the same brand again.

Analysis of franchised car retailers’ Net Promoter Score® (NPS) was also taken into account for the first time to the 2018 UK VDS. 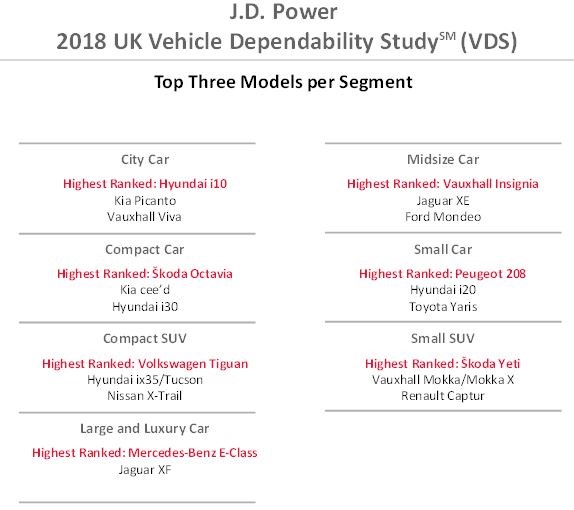