Car retailers delivery of a “stunning” used car sales performance recovery from the depths of H1’s COVID-19 lockdown helped to produce a £53,000 average profit in October, according to ASE.

In his latest car retail sector profitability report, ASE chairman Mike Jones, warned that November’s ‘Lockdown 2’ closures in England would compound losses from earlier in the year, but celebrated another strong showing for October.

Jones said: “October continued the trend we saw during Summer 2020 with average retailer profitability significantly outperforming the prior year.

“Return on sales has risen to within touching distance of 1% as a result of strong profits earnt off a lower turnover level.” 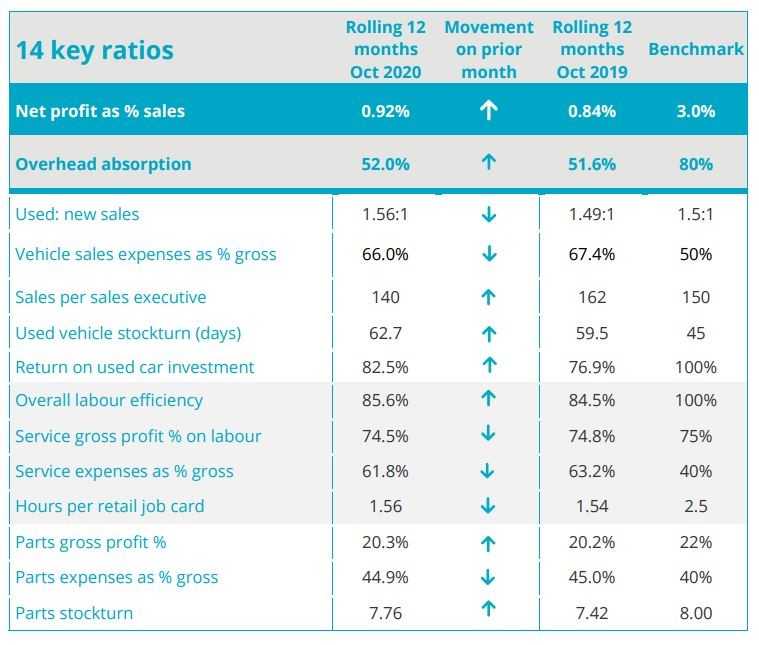 Jones said that the near-1% RoS figure – likely boosted by early sales bonus recognition for many franchised operators – and praised the overall result as “very impressive”.

But he reserved his strongest praise for the turnaround in used car sales.

For the first time since the spring lockdown used car return on investment rose back above 80%, he said, adding: “This has been a stunning recovery, demonstrating the strength of the used car market and the margins retailers have been earning since reopening.

“Following on from September, used car return on investment was over 100% for the month of October taken in isolation.”

Jones said that retailers had been delivering an enhanced contribution from a lower volume by prioritising profitable work.

In conclusion, he said: “The strong profitability recovery we have seen since June will undoubtedly be hit by the lockdowns suffered during November.

“Whilst retailers are much more capable of continuing trade than they were in the spring, the closure of showrooms will increase November losses, even with the positive contribution from the furlough scheme.”