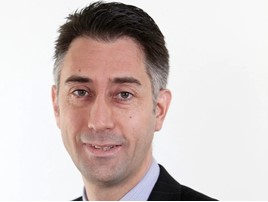 Brexit and COVID-19 have combined to a create a variety of challenges for car dealers attempting to manage their workforce over the past ten months.

With more change and uncertainty accompanying pre-determined plans for legislative change in 2021, law firm Howes Percival has highlighted six key areas of employment law that car retail businesses need to plan for in the coming 12 months.

Partner and employment law expert at Howes Percival, Graham Irons, said: “The COVID-19 pandemic placed both employers and employees in uncharted territory - from keeping up to date with ever-changing Government guidance, adapting to homeworking and getting to grips with the new concept of ‘furloughing'.

"With the focus on helping businesses through the pandemic last year, several anticipated employment law changes, including the extension of off-payroll working rules, were postponed.

“However, with hope that vaccination sees the beginning of the end of the pandemic, 2021 is likely to be a busy year for employment law with several significant changes expected to take effect."

Staff motivation and leadership will be among the topics debated at Automotive Managment Live Virtual 2021 on January 20 and 21. Click here to register for the free online expo event.

Extension of the furlough scheme

The Coronavirus Job Retention Scheme (CJRS) has been extended to 30 April 2021, postponing the introduction of the Job Support Scheme, which had been announced as the successor to the CJRS.

Millions of workers in the UK will receive an increase in pay from April 2021 following a rise in the National Minimum Wage (NMW) and the National Living Wage (NLW).

The rate rises include a 2.2% increase in the NLW, which is the equivalent of £345 extra per year for a full-time worker.

More young people will become eligible for the NLW, as the age threshold will be lowered from 25 to 23, meaning that the NLW will become the statutory minimum wage for workers aged 23 and over.

The off-payroll working rules (IR35) will be extended to large and medium-sized companies in the private sector with effect from April 6, 2021.

Originally planned for 2020, this reform was postponed to help businesses during the Covid-19 pandemic.

Companies will be required to carry out their own determination as to the employment status of individuals. HMRC released an updated version of their online checking tool (Check Employment Status Tool, or ‘CEST') in November 2020.

As with the previous version of CEST, HMRC have stated that if this is completed correctly, they will accept the determination as given by the check.

As part of its drive to support economic recovery from the impact of COVID-19, the Government is consulting on the use of non-compete clauses (the consultation closes on 26 February 2021).

Non-compete clauses can act as a barrier by preventing employees from working for, or establishing, a competing business.

So, the use of this type of restrictive covenant may be restricted in the future.

There are two main proposals being considered and either change would affect the drafting of employment contracts in the future, with many employers having to revisit or update their existing contracts of employment.

EU nationals who started living in the UK by December 31, 2020, can apply for ‘settled' or ‘pre-settled' status under the EU Settlement Scheme.

Settled status, which allows the worker to stay in the UK indefinitely, will usually be granted if they have lived in the UK continuously for five years.

If the worker has lived in the UK for less than five years, they can apply for pre-settled status which can become settled status at the five-year point.

The deadline for applying under this scheme is June 30, 2021.

Employers looking to recruit outside the UK should make arrangements sooner rather than later.

Recruits need to be sponsored by a UK employer, who will need a licence from the Home Office to do so.

Applications for a licence can take 8 weeks or more to process.

In December 2019's Queen's Speech it was announced that the Government is planning a new Employment Bill.

This is expected to be published in 2021, with several of the measures originating from the Government's previous Good Work Plan including, the right for all workers to request a more predictable and stable contract after 26 weeks' service, extending redundancy protection to limit pregnancy and maternity discrimination and making flexible working the default position, unless an employer has a good reason otherwise. 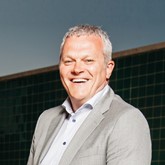