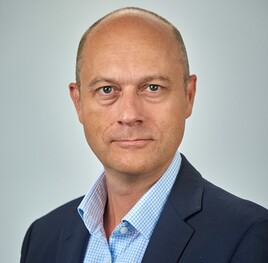 Set to start his new role in June, Douglas makes the move at an important time for the brand as it begins to accelerate the roll-out of its ID electric vehicle (EV) product line-up and brings experience of rolling-out an agency sales model for VW’s fleet business.

He replaces Patrick McGillycuddy who has “moved to a role in the automotive industry outside Volkswagen Group UK”, the brand said.

Douglas has worked in Volkswagen Group for eight years, having joined the business as head of fleet for Audi, before taking on the role as Head of Sales Operations for Volkswagen Commercial Vehicles in 2017.

His automotive career includes 13 years at Nissan GB where he held board-level roles as corporate sales director and LCV sales and marketing director.

Douglas said: “I couldn’t be more excited to join Volkswagen Passenger Cars right now – the brand is at a crucial stage in its history, firmly on its way to transitioning towards an electric future thanks to the ID.3 and ID.4.

“Our retailers have played a key part in this, helping to propel the brand to the top of the sales charts in March 2021, with consistently high performance, and fantastic customer focus.

“I can’t wait to work with them all and continue this success as even more exciting models arrive and continue to delight our customers.”

“James’ impressive work in Volkswagen Commercial Vehicles will stand him in good stead as we continue our journey to greater electrification, digitisation and connected cars.”

In a statement announcing Douglas’ appointment to his new role, Volkswagen UK described his contribution to Volkswagen Commercial Vehicles over the last four years as “transformative for the brand”.

He was credited with enhancing the operational capability of the network, developing a “weather-resistant network”, and initiating the fleet agency model for the brand.

Recruitment is now under way for Douglas’ successor in Volkswagen Commercial Vehicles.

Commenting on McGillycuddy’s departure, Savvas said: “During his time as head of sales operations, Patrick successfully oversaw the advent of the ID. family, taking the brand through an historic change in its journey. We’re grateful for his contribution and wish him well for the future.”