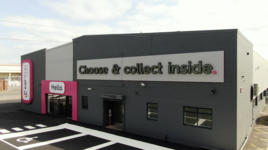 Easton has been with CarShop for almost a decade, having started his career at the former independent used car retail operation’s Doncaster site back in 2011.

His most recent roles include retail operations manager and head of business operations. 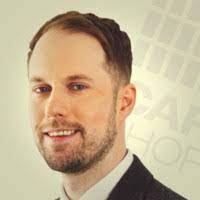 CarShop is now looking to recruit a regional operations director to join its ranks, filling the post left vacant by Easton.

Congratulating Easton on his promotion, CarShop chief executive Nigel Hurley said: “Who better to lead our operations than someone who has worked his way through the CarShop business.

“Being able to empathise with colleagues through hands on ‘boots on the ground’ experience is invaluable. And now to the future and structuring for growth.”

Since then the business has expanded with Sytner owner Penske Automotive revealing back in February that it would follow-up the December opening of its latest CarShop location, in Nottingham, with an expansion of its Used Vehicle “SuperCenters” in both the UK and US.

In April CarShop furthered its aim to deliver an omnichannel sales process with the launch of its new CarShop Express store in Leicester.

A new concept for the car supermarket group, the 15,000sq-ft facility replaces large-scale display areas with the option to browse its nationwide stock of vehicles online and have a selected model brought to the store for collection.

Hurley said: “Putting the customer first and ensuring that they can buy their perfect car in the way they feel most comfortable doing so is our top priority – this could be at one of our larger showrooms, where they get to see the cars up close, completely online with a home delivery or at one of our new CarShop Express stores which happily combines the two.

“It’s not about just online or just in-person, it’s about customer choice – meeting them wherever they already are.”