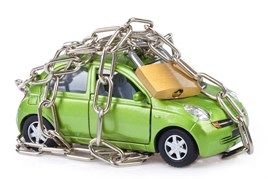 McAllister reports that the new-look code has the support of 70% of the major warranty providers, administering some three  million policies and covering items ranging from mechanical breakdown and MoT test insurance to service contracts and asset protection.

It is endorsed by Trading Standards, whose lead motor officer, Tim Milsom, heads the Independent Compliance Assessment Panel (ICAP), which will investigate consumer complaints such as advertising and wording of policies and allegations of high-pressure selling.

“Subscribers also appoint committee representatives, who meet four times a year to look at issues such as the number of complaints and any instances where the code may have been breached,” said McAllister.

Motor Codes received about 500 calls a year when the original code was in existence and 70-plus in August with the revised version.

“Not all are to do with complaints,” said McAllister. “They cover a range of issues – people who have taken out a policy and wanting to know if they can cancel it, or those seeking reassurance over the cover they have been given.

“Others may be going through a complaints procedure, but it’s not necessarily a formal complaint. We have a partnership with Citizens Advice for referrals, but nearly 50% of referrals concerning service and repair come directly from garages.”

McAllister said most complaints “are not so much about the sales process” as having a claim rejected. “Sometimes, having reviewed the case, it may be down to ambiguous wording, with a recommendation to make things clearer.

“However, consumers don’t always read the policy document and their expectations are above and beyond what is actually covered – especially where providers offer price-tiered levels of cover.”

She added that motor retailers welcome the Motor Codes’ conciliation service because “complaints can be referred to us rather than working their way up through the management chain”. Motor Codes monitors the volume and type of inquiries and included in the policy documents of subscribers is a questionnaire intended to gauge ‘customer experience’.

The service is audited by Trading Standards and is free to the public. Subscribers subjected to a complaint pay a £75 investigation and conciliation cost in addition to a £3,500-a-year subscription fee. Motor Codes commits to resolving queries and complaints within 14 days, except when they ‘escalate’.

“The (conciliation) decision is not binding on the consumer should they wish to escalate it to legally binding arbitration,” said McAllister. “However, less than 1% of our conciliation cases need to escalate to arbitration as many disputes can be settled amicably.”