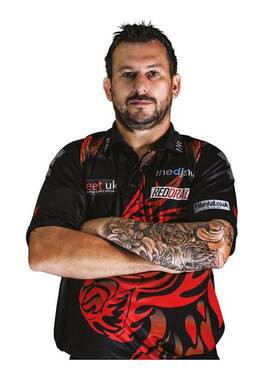 Marshall Motor Group have announced further sponsorships of darts players for the 2021 season, while Cazoo has become the main sponsor of The Derby Festival.

Further to Marshall’s recent sponsorship of professional darts quartet of PDW World Champion Gerwyn “Iceman” Price, Simon “The Wizard” Whitlock, Joe “The Rockstar” Cullen and Luke "Cool Hand" Humphries, the AM100 group have announced the signing of Fallon Sherrock, the “Queen of the Palace” and PDC form player, Jonny “The Ferret” Clayton, to its sponsorship stable.

As part of the new sponsorship deal, Fallon and Jonny will carry Marshall branding on their competition shirts.

Throughout the next 12 months Marshall will also run competitions, social engagement programmes, personal appearances of players (when possible), virtual meet and greets and online game challenges.

Cazoo have also become the main sponsor of The Derby Festival, featuring the famous Flat race under a new partnership agreement with The Jockey Club, which runs Epsom Downs Racecourse.

The multi-year partnership includes naming rights, brand exposure and exclusive naming of eight races during the Cazoo Derby Festival which will take place on June 4 and 5, 2021. The sporting event features The Cazoo Oaks on day one and The Cazoo Derby on day two - all races will be shown live on ITV.

The partnership will provide Cazoo with significant year-round exposure and branding rights across all the Jockey Club’s other 15 main racecourses across the UK, said Cazoo.

Alex Chesterman OBE, founder and CEO of Cazoo said, “We’re delighted to be sponsoring The Cazoo Derby Festival, one of the biggest events in horseracing.

"As the second biggest spectator sport in Britain, we look forward to engaging with racing fans around the country through this extensive partnership with the Jockey Club and to delivering the best car buying experience to horseracing fans across the country.”

Nevin Truesdale, chief executive of The Jockey Club, said: “Cazoo is a highly ambitious and successful growth brand that matches our ambitions for the future of the world’s most famous Flat race.

“You cannot overstate the importance of The Cazoo Derby to our sport globally and it’s vital we work with a partner passionate about bringing that to life in the years ahead. I’m delighted to welcome the Cazoo team to The Jockey Club and horseracing as a sport.”

Commenting on Marshall's new sponsorship signings, Marshall's CEO Daksh Gupta, said: “After her breakthrough performance at the 2020 World Darts Championship, Fallon is an icon of the sport - we are delighted to welcome Fallon to the Marshall partnership stable.

“Given our brand building strategy across football, cricket, rugby and now darts, it was important to have a gender balance in our partnerships and Fallon, whose name and popularity transcends the sport, was the perfect choice.

“Jonny has made a fantastic start to the 2021 season and his high profile will further increase Marshall’s profile in the sport. We can’t wait to see Jonny in the 2021 Unibet Premier League (5-9 & 19-22 April) live on Sky Sports from the aptly named Marshall Arena, Milton Keynes. Both Jonny and Gerwyn play on the opening night (April 5).”