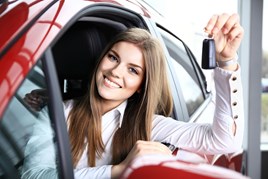 The Motor Ombudsman has revealed that 54% of young drivers do not know where to turn when selecting a dealership from which to buy their new car.

Among the main reasons highlighted by the organisation’s poll, carried out by YouGov, was uncertainty about what criteria to base their decision on and which business would offer the best value for money.

The YouGov poll of over 1,500 GB licence holders also revealed that 53% encountered the same issue when selecting an aftersales operation to service or repair their vehicle.

Bill Fennell, chief ombudsman and managing director of The Motor Ombudsman, said: “Passing a driving test often signals the start of greater independence for many, and therefore, people are eager to get behind the wheel of their own car.

“However, the findings show that for such a significant purchase, a large proportion of new drivers are having to make big financial decisions without the right information in front of them, specifically when it comes to what make and model to get, as well as where to buy the car and have it serviced when the interval comes around.”

Two thirds of drivers who were able to come to a decision in terms of where to acquire their pride and joy, or where to have it maintained, did so thanks to word of mouth recommendations from friends and family (61% and 63% respectively).

Close to a third simply visited the garage that was nearest to them, whilst a quarter used online customer reviews and ratings, such as those that can be found on The Motor Ombudsman’s Garage Finder, to help form their judgement.

The Motor Ombudsman study showed that out of the individuals questioned, 47% said that the price of the car, and affordability in terms of running and repairing it (33%), were key influencers in their choice of model.

A vehicle that was of the right size for their needs was an important consideration for nearly one in four respondents (24%).

Fennell said that the Motor Ombudsman had created a simple easy-to-use guide and a handy checklist to help consumers ask the right questions, including whether the garage is accredited to a recognised Code of Practice for that all-important peace of mind.

Aimed to “plug the gap” in knowledge and confidence among younger motorists, Fennell described the new resource as “The first digital resource of its kind”, adding: “We expect it to be extremely popular.”