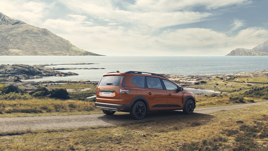 Several manufacturers managed to significantly outstrip the modest 1.2% rise in registrations reported by the Society of Motor Manufacturers and Traders (SMMT) in what is traditionally the year’s second-slowest month for retailers.

Dacia – up 83.2% to 17,216 units – was among the biggest winners in an increasingly budget-conscious market last month.

On the back of the launch of its new Jogger MPV – the market’s cheapest seven-seat vehicle – its August registrations rose 108.3% to 1,691.

The result comes a month after Cupra's EV sales propelled it ahead of its Spanish sister brand Seat in July.

Some of the sector’s strongest recent registrations winners found August more of a challenge, however.

MG, meanwhile, up a considerable 68.9% YTD at 29,553 units, also suffered a surprise August reduction in registrations.

The Chinese-owned brand, which has recently been forced to pause EV sales due to production issues, saw its registrations decline 6% to 1,404 last month.

In a recent interview at the UK launch of its new MG4 EV last month, MG Motor UK commercial director Guy Pigoukanis told AM that issues with ZS manufacturing, in particular, has left the brand around 18,000 registrations down on where it might have been in a market unencumbered by component shortages and other issues.