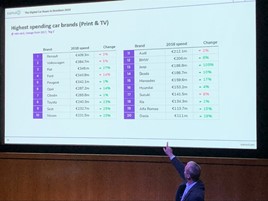 Renault’s marketing spend in 2018 placed it top Sophus3’s ranking of the manufacturers who made the biggest product exposure push on television and in print throughout last year.

Car brands spent a collective €5.2 billion (£4.5bn) on marketing in Europe’s ‘Big 5’ markets last year as the French brand once again topped the table of big spenders, according to the digital marketing specialist’s annual report.

In the UK alone, manufacturers’ annual spend rose by 5% to €511 million (£438m), Sophus3 said, as it revealed the results of its annual marketing research at its annual summit in London on Tuesday (February 26).

Despite the high total spend, Renault’s €409.3m figure represented a 3% decrease in marketing spend compared to 2017, according to the findings, with second-placed Volkswagen’s €384.7m (£330m) representing a 5% year-on-year decline.

Marcus Hodgkinson, Sophus3’s chairman, revealed that the biggest single model marketing campaign across both television and print during the period was the FCA Group’s push for the Fiat 500 hatchback.

A total of €132m (£113m) was spent to boost sales of the retro B-segment contender, consigning the €96m (£82m) spent on promotions of Volkswagen’s new T-Roc SUV into second place in the rankings.

Focussing on the digital marketing commitments of manufacturers, Hodgkinson, speaking at the event at Euston Road’s Wellcome Collection said that manufacturers spent, on average, €4.1 (£3.5) to achieve each of their 1.3 billion website visits throughout the course of the year and €472 (£405) on every spending transaction or registration of interest from a consumer.

“In terms of the sales, we’ve seen 114 manufacturer website visits per vehicle sold,” said Hodgkinson. “But look at the people that go through your online funnel and complete a lead request before going to a dealer and it’s closer to 1,000-to-1.

“If you want to become effective e-commerce suppliers then you have to bridge that gap.

“If you want your manufacturer websites to be the main content through which people source their mobility you need to become 10x better.”

During his presentation to delegates at this week’s summit, Hodgkinson pointed out the distinct role of social media in manufacturers marketing strategies, suggesting that content rarely fed traffic into their websites.

While he shared Sophus3’s discovery that car brand YouTube channel visits exceeded visits to their websites for the first time with 1.34 billion views in 2018 – up 40% on 2017 – he said: “There is a 50% overlap between manufacturer sites and car publisher sites.

“We don’t see the same crossover from social media to the auto brand sites. At the moment, we cannot answer as to why that is.” 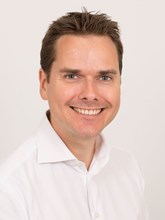